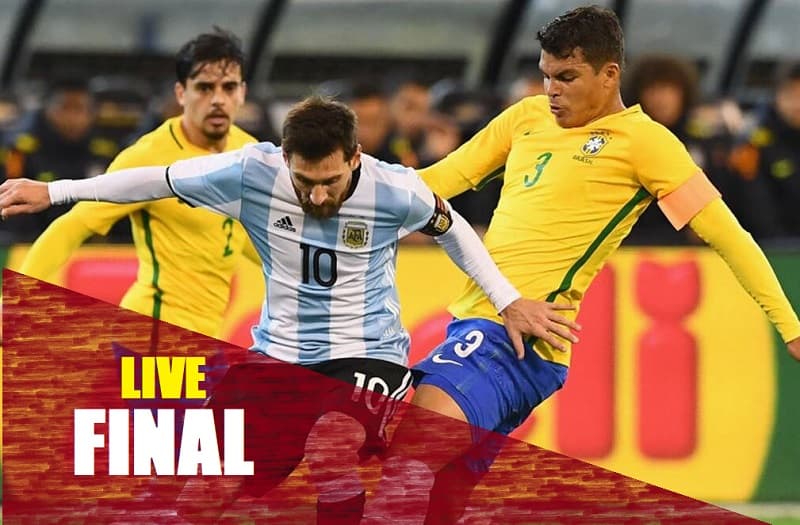 The final of Copa America 2021 Brazil vs Argentina will be hosted in Estadio Maracana on July 10, 2021. It is for the 112th time the teams will be coming against each other in the history of Copa America.

Check the details of the Copa America 2021 finals of Argentina vs Brazil schedule, prediction, head-to-head record, and other details here on this page.

The prediction between Argentina vs Brazil is very difficult to predict. However, on the basis of previous, it can be predicted that the winner of the tournament will be Argentina.

However, the predictions are on the basis of analysis and the final results will be out after the match on July 10, 2021.

You can also enjoy the streaming of the match on the digital platform at any time and from anywhere only on SonyLiv and JIO TV.

Brazil has a total of 46 wins while Argentina has won a total of 40 wins and there are 25 matches where she has a draw.

In the year 1914 Argentina won the fixture by 3-0 where Brazil and Argentina came across each other for the last time in 2019.

The teams were in front of each other during the Copa America 2019 Semi-finals.

Argentina vs Brazil Live Streaming and score will available at 5.30 AM IST.