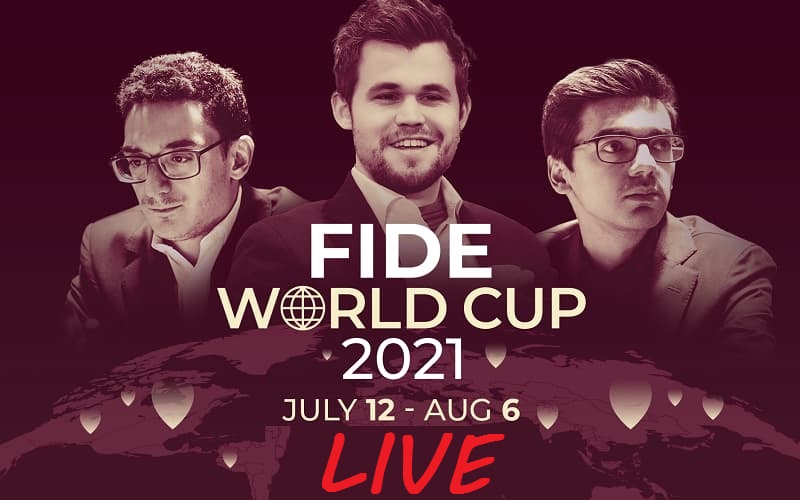 Chess World Cup is the ultimate chess challenge and all the smart brains out here in chess. It is a 206 -player single-elimination chess tournament. The tournament is all set to roll in Russia. Check Chess World Cup Live Streaming 2021 and Also Check the TV channel List.

The matches will be taking place till August 6, 2021, which is currently the 9th edition of the championship. The format of the tournament taking place is the single-elimination tournament.

Check out more details about the Chess World Cup 2021 Live Streaming and other telecasting details here on this page.

The matches will also be streaming on the Chess dot com/TV. The special guest commentator of the game is GM Viswanathan Anand.

The single-round will continue for 3 days in which there will be 2 classical time limit games and 3rd game to break the tie.

Chess World Cup format will be as follows where the tournament will be an 8-round knockout event. The top two finishers qualify for the Candidates Tournament 2022 from which the next challenger for the World Championship will be decided.

All the quarter-finalist candidates also qualify for the FIDE Grand Prix 2022. Here is a list of the time limits for the game.