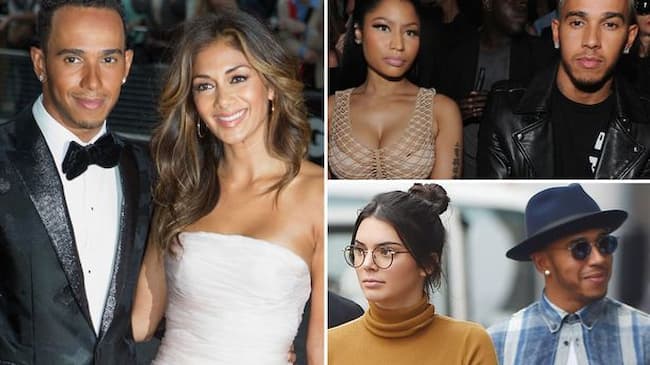 Lewis Hamilton has been a popular figure amongst girls. He has dated several women in his life. The British racer has dated some of the well-known personalities. Check out the list of his girlfriends.

She is a member of the American girls’ group Pussycat Dolls singer. They started dating in 2007. After 8 long years, the couple separated in 2015. During their time together, there was a lot of on and off in the relationship.

She is a childhood friend of Lewis. They meet each other at the Cambridge School of Arts and Science. Lewis dated Jodia Ma for four years. The couple parted ways in 2007.

Lewis Hamilton wife name, age, Instagram, all you need to…

Another person Lewis reportedly dated was Miss Finland Lotta Hintsa. Lotta is the daughter of Lewis’ F1 mentor Aki Hintsa – who passed away in 2016 at the age of 58. Though the model confirmed that she had a good relationship with Lewis, denied that they had ever dated.

At the Cannes Film Festival, Lewis Hamilton met Hungarian model Barbara Palvin for the first time. She was spotted at the European, Hungarian, and Monaco Grand Prix cheering for Lewis Hamilton.

Danielle dated Lewis for six months in 2002, when he was a budding F3 driver. The pair met at celebrity haunt 10 Rooms and remained friends after their split. Lewis even turned up to see Danielle crowned Miss England in 2004.

There were several other names that were linked with the British driver which includes Gigi Hadid, Vivian Burkhardt, Kendall Jenner, Rita Ora, and, Winnie Harlow to name a few. He certainly is a personality both on and off the track.