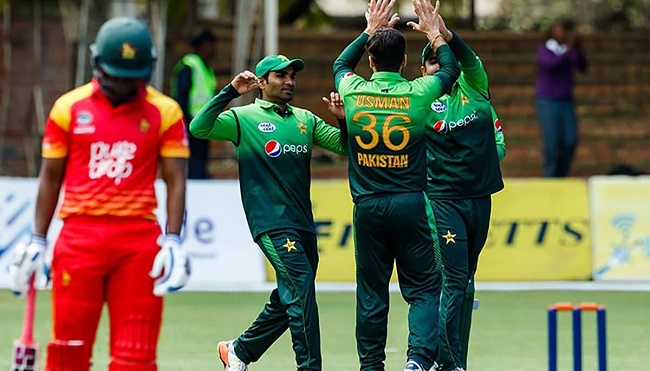 Pakistan Cricket Team is visiting Zimbabwe for their Short Schedule in the end of April Month. Whereas Tour Schedule consisist of Three T20I Matches and Two Test Matches. Recently Pakistan Finished their Schedule against South Africa Team. So Cricket Fans can Catch the Live Telecast of all Matches. so check Pakistan vs Zimbabwe 2021 TV Channels.

The first Match of the Schedule will play on 21st April Wed. Zimbabwe vs Pakistan will play 1st T20I Match. Three T20I Matches series will end on 25th April 2021. So after that, they will start with Two Test Matches. All the Matches of Pakistan Tour Of Zimbabwe, 2021 will play at Harare Sports Club in Harare.

The Live Telecast, as well as online, is available for Fans. Indian Fans can catch the Telecast on Sony Pictures Network. While Pakistan Cricket Fans can watch their team in Action on PTV Sports. TV Channels are available on Various Cable Networks and Satellite Networks. So Cricket Fans make sure you catch telecast at Time.

Whereas the Telecast of T20I Matches will kick off at 2:30 PM. Cricket fans can also catch the Score of Matches. PTV Sports online website will prove you with the Score. While Indians fans can watch the Live Digital on Sony Networks.

Toss: Zimbabwe won the toss and opt to bat

At the Start of the Month, Pakistan Faced South Africa for Three ODI Matches and Four T20I Matches. Babar Azam Led his team very well in both Series. Therefore Pakistan Successfully wins both Series. In between Pakistan vs South Africa, Babar Azam reached Number 1 Ranking in ODI by breaking Streaks of Virat Kohli.