Zimbabwe vs Bangladesh 2021 Live Streaming: When And Where to Watch ZIM vs BAN Cricket Match Online And Telecast on TV? 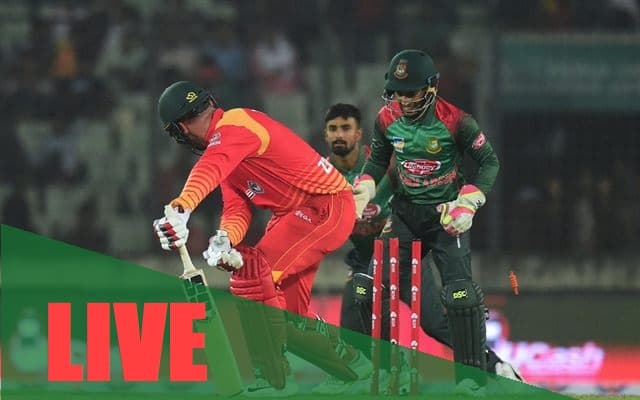 Zimbabwe vs Bangladesh 2021 Live Streaming: When And Where to Watch ZIM vs BAN Cricket Match Online And Telecast on TV.

Zimbabwe is all set for the upcoming matches they will play three-match one day (ODI), two-match T2OI, and one-off test from June 7 to 17 it will be of 10 days. It is going to be the third country to visit Zimbabwe in the last few months after Pakistan and Afghanistan. While Bangladesh is one of the strongest and competitive ones they have more potential to win the game but we never know when tables can take turns.

As far as now both the team have played 17 test matches and 7 winning games each they have given their best and now they are going to compete against each other. Bangladesh toured Sri Lanka in April for two-match series for playing against the island nation. So now let’s check out the complete details about How to Watch Zimbabwe vs Bangladesh Live Streaming TV channels for Bangladesh and Zimbabwe, Squad, Schedule.

How, and Where to watch Zimbabwe vs Bangladesh Live Streaming?

As mention above the game is going to begin on July 7, The starting five days’ timing will 1:00 pm IST. All the Bangladesh fans can watch the series on Gazi TV. In India, you can watch the live online match on Fan code stream which you can download from the google play store app maybe you can also get a small subscription to watch free live matches the telecast details are not out yet where it will broadcast in India.

Cricket viewers in the United States and Canada can watch the match on Willow TV. And all the Bangladesh fans can watch the live broadcast on Gazi TV. The other telecast details of other countries will be updated later on the official list of it are not out but stay tuned it will be updated here soon.

Player’s and Squad For Zimbabwe vs Bangladesh

Mushfiqur Rahim is the only cricketer to have a record of double ton in a Zimbabwe and Bangladesh test, Whereas Brendan Taylor his fans are expecting him to score well for the Zimbabwe team as he is a good player he shall take a lead charge in the team.