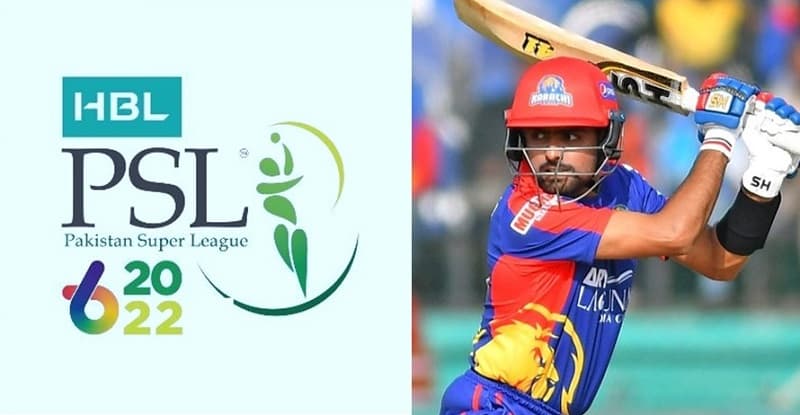 Pakistan Super League (PSL) is a professional cricket tournament in Pakistan. It is a Twetny20 cricket format of the matches which takes place under the administration of the Pakistan Cricket Board. Check Best Digital Live Streaming Apps To Watch PSL 2022.

It is going to be a Double round-robin and playoffs which roll out under the administration of the Pakistan Cricket Board. The 7th edition of the league will be kickstarting with the matches on February 20, 2022.

All the 6 participating teams are set for the tournament to roll out their games. There are in total of 34 matches that will be taking place for the season. The fixtures will continue to roll out till February 27, 2022.

The matches for the league will be streaming on the official broadcasting partners of the league. The live coverage rights of the league are sold to the Sony Sports Network in India. Sony Pictures has bagged a three-year exclusive telecast right for 3 years. They also acquired OTT rights.

India will be streaming all the matches for the league on the popular channel Sony Six. The channel will be providing the live streaming of the matches in India.

The fixtures will also be streaming on the Sony Six HD. The coverage will also be available on the digital platform of Sony Sports Network.

The live streaming partners for the league are the Sony Liv App. Jio subscribers can enjoy the free streaming of the tournament on the digital app. Jio TV will be streaming all the matches for free in India.

SuperSport to telecast the entire PSL 2022 in Sub-Saharan Africa. Sky Sports NZ to show all the games in New Zealand and Flow Sports bagged PSL 2022 television rights in the Caribbean region.

The PCB has partnered with Tapmad TV for streaming of the PSL 2022 matches in Middle East Countries. Cricket viewers in North America can watch PSL on Willow TV.

Where to Watch Pakistan Super League 2022 Live Telecast In India?

PTV Sports And A Sports Are To Telecast The PSL 2022 Matches!