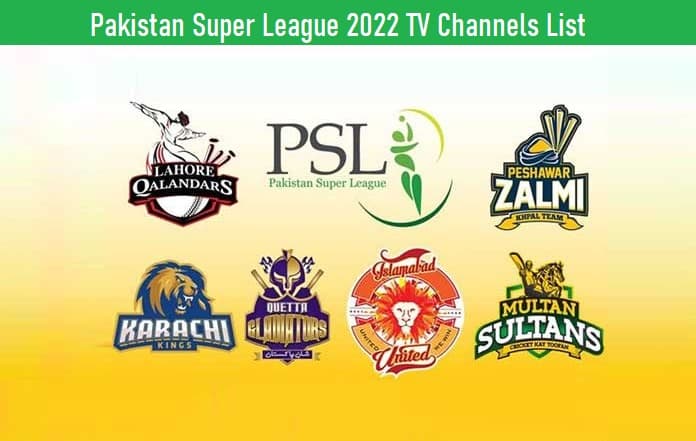 Pakistan Super League 2022 will soon be starting with the 7th season of the league in 2022. Pakistan Cricket Board (PCB) will be launching the PSL 2022 Twenty29 Internation format of the matches soon. It is going to be the double round-robin and playoffs format of the league. Check Complete PSL 2022 TV Channels List Worldwide and Where to Watch in India?

All 6 participating are all set for the new season. Whereas Pakistan will be hosting the fixtures of the league in Lahore and Karachi. They will be hosting in all 34 matches and the final will be kicked off at the Gaddafi Stadium, Lahore.

Check out more details about the Pakistan Super League 2022 TV channels list worldwide and the telecasting information here on this page.

Indian sub-continent Sony Six will be streaming the matches live in the Maldives. Fans from Australia can enjoy the streaming of the matches on tapmad TV.