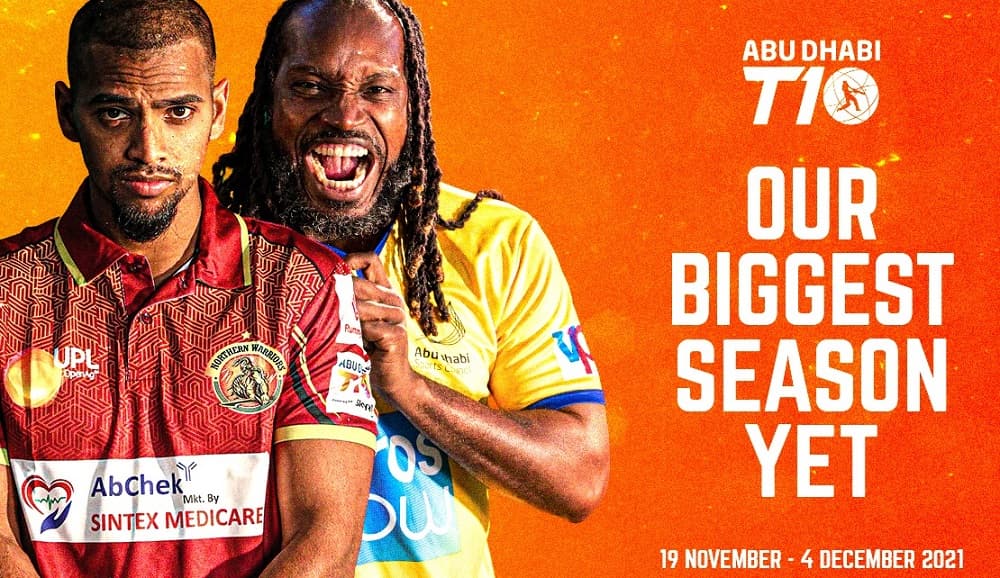 Abu Dhabi T10 League is a professional cricket league where it is owned by Ten Sports Management. After the previous season, the League is going to start on 19 November 2021 to 4 December 2021, Check the Schedule. It is a T10 format of the league where the first edition of the game launched in 2017. It is a 10-over-a-side match where the matches will be taking place for 90 minutes. Where to watch T10 League 2021-22 Live Telecast in India.

The tournament will be rolling out in the round-robin format of the matches, eliminators, and followed by the finals. There are in all 8 participating teams where the current champions for the league are the Northern Warriors.

The most successful team of the league is the Northern Warriors where they have 2 titles. The tournament is official sanctioned in 2018 by the International Cricket Council (ICC).

Check out more details about the T10 Abu Dhabi League 2021 on the official broadcasters of the league. Also, check the information about the broadcasting of matches World Wide here on this page.

The broadcasting rights for the Abu Dhabi T20 in India are with the Colors Network. The live coverage will be provided on the official broadcasting partners of Abu Dhabi T10.

West Indies fans of cricket can stream the matches Live on SportsMax TV.