Football is the most popular and most-watched sport throughout the world. The Football League is a type of system which consists of a pyramid. It is bounded by principles of promotion and relegation. The best clubs rise to a higher level while the other club sinks down. There exist various leagues which are working according to the mentioned system.

It is live broadcasted on more than 212 channels with 4.7 billion viewers live watching it. Football tends to be the most competitive and popular game all around the world. Mostly it happens like the league which spends more money is under more attraction than the other that spends a low cost.

FIFA consists of 210 men’s leagues in the rankings list. Among these 210, there are some best football leagues that are to be discussed in this article. This article is about those amazing leagues in FIFA ranking.

The Major League Soccer is administered by U.S Soccer Federation. U.S and Canada have the top tier. The team consists of 27 members out of which 24 are in America while 3 are in Canada. Various richest footballers like Zlatan Ibrahimovich, Wayne Rooney, and David Beckham have invested in the league. It is located in Midtown Manhattan.

The Argentine Football Association is in Argentina. It has the top professional Argentina Football league system i.e the top division among all. Most of the successful teams have played in this division after Copa America. This league has increased its growth in the past years.

Liga Portugal Bwin is a top Portuguese Football Association. The league is also known as Primera Liga just because of the name of the sponsorship. It is administered by Liga Portugal. Since 2015, the league consists of 18 teams. Sporting CP, Porto, and Benfica have won the League titles.

Campeonato Brasileiro Serie A is played in Brazil. It has been the home of various South American Football Clubs. Now it has been all about Brazilian stars. Palmeiras and Santos are the most successful teams in this league. They won nearly 10 and 8 times respectively.

Eredivisie is the most prestigious football league played in the Netherlands. 18 clubs participate in this league. Ajax, Eindhoven PSV, and Feyenoord are the top three teams in this league with a win of 35, 24, and 15 titles respectively.

Ligue 1 is played in France. It is a type of European professional competition. 20 clubs participate in the league. The league is governed by Ligue de football Professionnel and it operates on the principle of promotion and relegation. Paris Saint Germain is the highest-scoring team in this league.

Italian Serie A is an Italian Playing Football League. Scudetto and Coppa Campioni d’Italia are the winning awards in this League. 35 Clubs participate in this league. The league is ranked first by IFFHS and third by UEFA among the European Leagues. The amateurs are the best club in this league.

Bundesliga is the most popular Football League played in Germany. 18 clubs participate in Bundesliga. Mostly the matches are organized on weekends. The match is watched by nearly 45000 fans. It holds to have the highest attendance in the matches. The popularity makes it rank at the third position in the list.

The English Premier League is organized in England and Welsh. The English Premier League is the highest level of football competition in the world. 20 Clubs get participated in the tournament. Each team plays nearly 38 matches. The tournament runs from August to May. Founded in 1992, since then the competition has been a widely watched sports tournament in the world.

So this was all about the Best Football League in the world right now according to FIFA rankings. 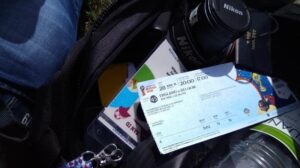 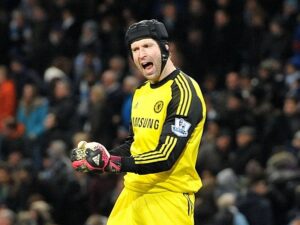 Ted Lasso, and AFC Richmond are making their debut in EA Sports FIFA 23 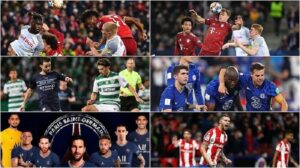