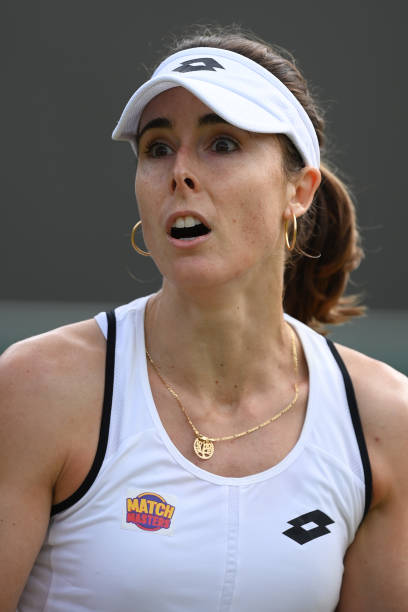 Alizé Cornet – All You need to know about : The French tennis player who made it to the WTA top 20 with a steady presence this decade. She has been defeating opponents, with amazing foot speed and athleticism. She has won many accolades and titles throughout his career and made headlines for defeating top opponents. Here’s to all you need to know

Cornet has been playing since their younger days, she made her Grand slam debut in 2015 at the French Open. She has played against players like Venus Williams, Serena Williams, Jelena Jankovic, and more. In 2008 she competed in many tournaments including Beijing Olympics, Wimbledon, WTA, Australian open, and more. In 2005, she debuted as a single with a single main draw wild card.

In 2006, she defeated Virginia Ruano Pascual at the French Open. She is more comfortable playing on clay considering her counterpuncher. She plays behind the line which gives her enough time to topspin heavy shots. She is quick and has a strong defense. In 2014 she grabbed headlines when she defeated Serena Williams. 3 times in the same season. She became the 1st player to defeat Serena thrice in the same season since 2007 Justin Henin.

Winner of 4 titles in her career including WTA.

She was born in France in 1990 to parents Francis and Patricia. Both her parents encouraged her to play tennis from an early age. She took tennis after her brother Sebastián, but she became more successful and he became her agent later. She is in a relationship with Michael Kuzaj who is a tennis player agent. She has earned prize money of $8,251,947 and lives a lavish lifestyle.

Harmanpreet scores the 1st Half century of the Commonwealth Games Event