As Los Angeles Lakers plan to contract, LeBron James will become the highest earner in the history of the NBA. 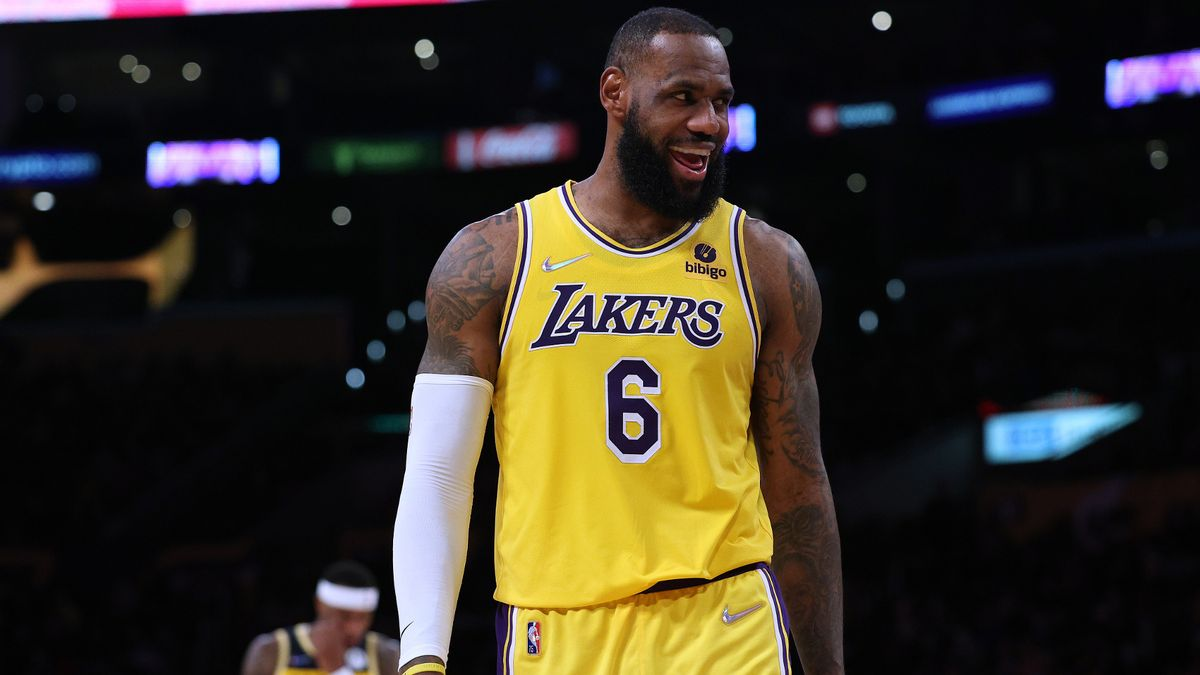 As Los Angeles Lakers plan to contract, LeBron James will become the highest earner in the history of the NBA.

The craziest part of the NBA summer has yet to come: players are now eligible for contract extensions, which puts them one step closer to free agency in 2023.

James is the most well-known player in the pool of candidates. The Lakers star must choose between re-signing with the storied organization and becoming the most sought-after player in free agency the next summer or extending his contract with the team.

It is anticipated that about half of the NBA’s teams will have the salary cap space necessary to afford the four-time Most Valuable Player. Fans are eager to see what move the Lakers will make in this situation. James was allowed to sign a two-year extension worth a total of $97.1 million (£80.8 million).

If LeBron James signs a new contract, he will set a new record for the most money earned in an NBA career with a total of $532 million (or £442.5 million). On the other hand, considering how rapidly player pay is increasing, it seems unlikely that the King will hold this record for much longer.

The Lakers are projected to have almost $23 million (£19 million) in cap space regardless of whether or not the 37-year-old player signs the agreement.

This figure has the potential to climb if Taylor Horton-Tucker chooses not to exercise his player option or if he is traded. The roster spot is substantial, but it is not quite enough to capture the services of a max-level free agent. This is one of the primary reasons the franchise is eager to trade Russell Westbrook for the star player on the Brooklyn Nets, Kyrie Irving.

If it means getting Irving’s services, the Lakers are also willing to part with a future first-round selection in exchange for him. They would obtain the Bird rights to his player through a trade, enabling them to go over the salary cap and sign the free agent guard during the next summer.

Suppose the Lakers cannot agree with Westbrook regarding his monstrous $47.1 million (£39 million) contract. In that case, they could further use their cap space to add players to their roster to surround LeBron James and fellow superstar, Anthony Davis.

This is exactly what the team did in 2019, right before winning the championship when they brought in players such as Danny Green, Avery Bradley, and Alex Caruso.

There is much conjecture about what James would choose to do if he finishes the season on an existing contract that is about to expire. James could go back to the Cleveland Cavaliers, the team that drafted him first when he was 18 years old in 2003.

James has expressed interest in playing alongside his son Bronny, who is currently 17 years old and has aspirations of making it as a professional basketball player.

Cleveland has quadrupled their victory total from the 2020-21 season and was one of the most entertaining teams to watch with their high-octane brand of basketball in the previous season. Even though they were eliminated in the play-in tournament, the Cavaliers still have a strong core of skilled players like Darius Garland, Evan Mobley, and Jarrett Allen.

In 2023, the Cavaliers might have cap space worth $30 million (or £24.8 million). Would LeBron James consider making a third trip back to Cleveland? According to reports, he is content with his life in Los Angeles; nevertheless, nothing should be ruled out as a possibility if the Lakers aren’t competitive. After all, we are talking about the NBA here.

Read More: Dwight Howard is unlikely to return to the Lakers next season