The Premier League is back in action with another round of matches this week as Leeds United lock horns with Unai Emery’s Aston Villa side in an important clash at Villa Park on Friday. Aston Villa are currently in 11th place in the Premier League standings and have been fairly impressive in recent weeks. The hosts suffered a stunning 2-1 defeat at the hands of Stevenage in their previous game and will need to bounce back this week.

Leeds United, on the other hand, are in 14th place in the league table at the moment and have not been at their best this season. The away side played out a 2-2 draw against Cardiff City last week and will need to take it up a notch in this fixture.

Aston Villa will be reeling from their defeat against Stevenage and will need to prove their mettle in this fixture. The hosts have improved under Unai Emery and will look to move up the league table this week.

Leeds United have plenty of work to do to cope with the top flight and are in need of a shot in the arm. Aston Villa are the better team at the moment and should be able to win this game.

Villa will again be missing John McGinn on Friday due to a hamstring injury, while Diego Carlos is still recovering from a ruptured Achilles tendon.

The home side will also be without the services of Leander Dendoncker following his red card against Stevenage, while Matty Cash and Ludwig Augustinsson both had to be replaced in the FA Cup third-round fixture after picking up injury problems.

Cash is expected to recover in time for this match, though, and there will be changes from the side that started at the weekend, with Emiliano Buendia, Ashley Young, Ollie Watkins, Lucas Digne, Emiliano Martinez, Tyrone Mings and Boubacar Kamara all set to return to the first XI.

Alex Moreno has now arrived from Real Betis, but he will not be involved for the hosts here.

Aston Villa vs Leeds United Who Will Win 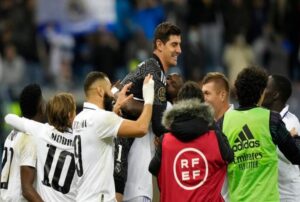