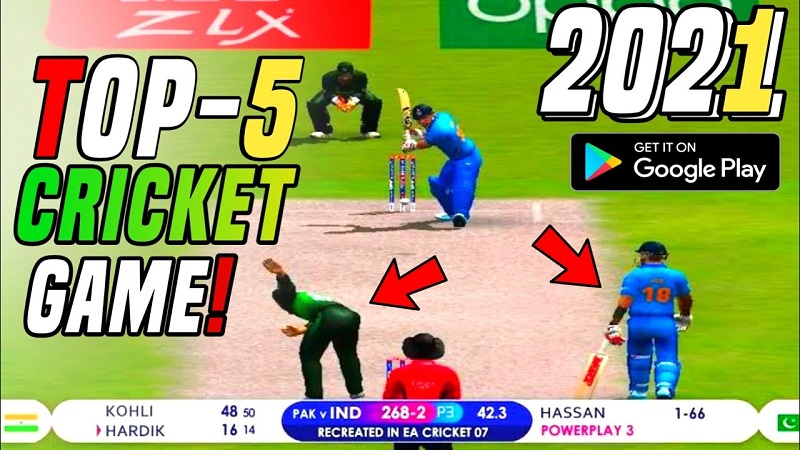 Cricket games are not only a sports it is feelings, emotions, passion, and excitement. All over the year, there are some tournaments going on like league matches, domestic matches, international tours, etc. Check Cricket Games For Android Users.

Cricket fans always want something more that’s why there is fantasy cricket going on all over the world.

No matter what cricket fans are of which age they all want to play and watch cricket at any time of day.

Due to COVID 19, many sports lovers are not able to play cricket on the ground that’s why they choose a digital platform, Nowadays the RAM of mobile phones is supporting these online games.

In this article, we tell you 5 Cricket games for android users by using which you can enjoy these games in 2021.

Big Bash League is played in Australia it is a T20 event, this is the first event to introduce LED bails. Its stadium atmosphere is different from other matches.

Graphics/sound are both top quality, This game has a rating of 4.2 stars on the Play Store. At the last game, lovers like to see a man of the match award at end of the game.

This is an updated version of WCC but its previous version is good in terms of Batting and bowling not only this its user interface is also very complicated.

It has a lot of realistic scenes and moves, graphics, and animation of this game are awesome, this game is popular on digital platforms.

This game has many multiple modes and multiple players, for users developers provide many facilities of customization options.

If you have 1 GB RAM then it also works smoothly, Devices that are power by ARMv7 CPU and GPU support for Open GLES 2.0 are recommended.

This game is made by Stick Sports, It has a rating of 4.3 stars on the play store, the size of this game is 39 MB, but for using this you need an Android version of 5.1.

They are having three games Stick Cricket, Stick Cricket 2, and Stick Cricket Premier League. There is a Fast Tracking game it is for those users who do not have time to complete the matches.

Users can enjoy smashing boundaries in this game, not only this users can choose to play with their favorite teams in IPL.