Cameroon’s female rugby players shine a light on the game 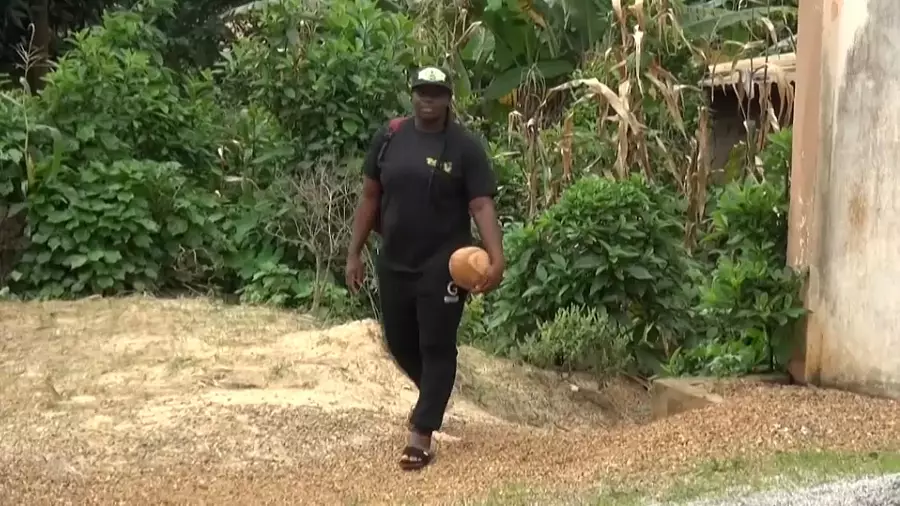 Cameroon’s female rugby players shine a light on the game

Cameroon’s female rugby players shine a light on the game: On a grass-covered pitch in the Nkol Anga town in Yaoundé Cameroon, rugby players are in their training period. Cameroon is not a region where people would associate with this sport.

Despite the odds, Alvine Kuekam Mache found love in rugby. The athlete devoted all her time to this sport for the past 4 years.

Off the pitch, the 26-year-old is fighting the negative perception Cameroonians have of rugby.

“Every time, even in my own family, people say, ‘no, Alvine, you’ve been playing rugby for years. But it is not paying off for you. I tell them that it is my passion, even though I did not start playing at an early age, I love rugby, I love my sport, I love what I do”, Alvine insists.

Despite her hard work and her international player status, she was not able to earn a living. She is thriving on bonuses. In the nation where football is loved, other ball sports where women players are involved suffer a gender and compensation bias.

“The young women who come to train are very motivated, but we lack financing,” Landry Bissou Boaz the coach at the Nfon Dreams Academy lamented. “We have chosen to focus on women’s rugby, to promote women in a so-called male activity, but it is very difficult.”

Alvine and her teammates of the Nfon Dreams Academy players are fighting prejudice against their sports. “There is a reluctance at first. Families are really reluctant but as players progress, they begin to accept it, despite themselves”, Coach Landry says. More and more crowds are attending fixtures.

“Usually it is the men. We are used to seeing doing this sport, Ornella Abolo a student who came to attend the match, concedes. It is really encouraging because it shuts down the idea that rugby is a sport reserved for boys only. And that everyone can practice it.”

“I get scared when she plays, Marie-Claire Nyondzo explains. When she plays she comes back here with injured feet. She goes and sleeps over there, and nobody can help her.”

Alvine is not discouraged by anything. She is not afraid like 119 other female rugby license-holders in Cameroon. She is very hardworking. She is passionate about her sports. Thanks to her hard work, Cameroon stood at rank 2nd on the continent. She is in the 26th position on the world stage in the World Rugby women’s rankings.

Arsenal is looking to offload eight players including Nicolas Pepe