Canada had won the gold medal at the Tokyo Olympics, dominated possession in the first half but couldn’t beat Panama’s defense until Grosso’s goal, her third of the tournament.

Costa Rica and Canada improved to 2-0 in their group to clinch berths in the semi-finals round of the eight-team North American regional tournament and secure trips to Australia and New Zealand for the next women’s football showdown.

After twice defending Women’s World Cup champion United States has already secured a chance to claim a third straight trophy by landing in the CONCACAF semi-finals round.

Either Haiti or Jamaica will take the last available Women’s World Cup berth as per the outcome of their group-stage match.

Third-placed teams from each of the groups advance to the next global playoff for three Women’s World Cup spots. 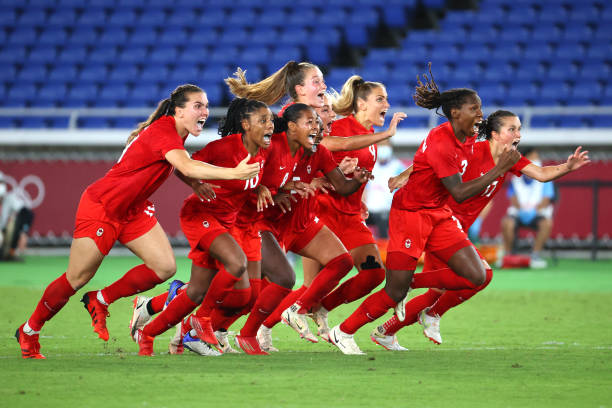 The CONCACAF also serves as the regional qualifier for the 2024 Paris Olympics. The runner-up and third-place teams of the game will meet in a playoff next year to achieve another spot in that tournament.

Granados scored in the 18th minute and 45th minutes for Costa Rica. Trinidad and Tobago’s Lauryn Hutchinson earned their own goal in the 33rd minute, and Katherine Alvarado scored in the 48th minute for Las Ticas.

Canada and Costa Rica joined the US, which qualified for the World Cup before the 5-0 victory over Jamaica, combined with Haiti’s 3-0 victory over Mexico.

Eight teams were divided into two groups of four each at the W Championship. The top two finishers from each group qualify for the World Cup and progress toward the semi-finals. The third-place teams advance to an intercontinental playoff round in February.

The winner of the W Championship will also secure its position in the 2024 Olympics in France.