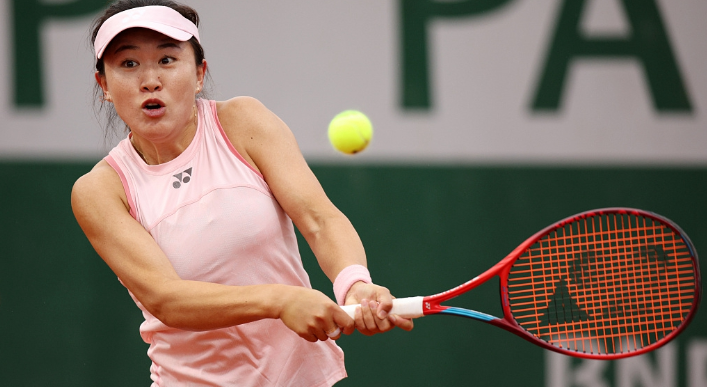 Chinese tennis star says she’s sworn: Zhu Lin won her first round match at the Citi Open despite previously losing to Anastasia Potapova at the Prague Open. Zhu Lin has sworn off alcohol to help her performance on the court.

Zhu won over Dart, with the score 6-4, 6-3. The pairs played two matches before this one, and Dart won the matches they played last year in Miami Open.

But Zhu came back with a vengeance, tearing Dart apart after Dart didn’t show the high-flying form that has allowed this player to move on to the fourth round of Indian Wells earlier this year.

Now, it’s time for the semifinal tennis match between Estonian Kaia Kanepi and Belgian Greet Minnen. Sixth seed Kanepi is a strong favorite to make it to the finals, which would be a much greater challenge for Zhu.

Emma Raducanu, the reigning U.S. Open singles champion, has been thrashed in her first ever professional doubles match. Emma Raducanu played against Romanian veteran Monica Niculescu and her Czech partner Lucie Hradecka and it was a 6-4, 6-1 rout right away.

Raducanu lost to Caroline Garcia in Wimbledon, who qualified further by beating Raducanu. Raducanu is now trying to face Louixsa Chirico when she’s very focused on the Women’s Singles event.

Andy Murray lost his first match at the Citi Open after being stunned by Mikael Ymer. Although he was unhappy with the outcome, he plans on continuing to participate in the tournament and will continue playing tournaments until the US Open begins.

In a interview, the former World No. 1 stated that there’s a lot of people who feel like he shouldn’t be playing because of his old age: “I love tennis and I love what competition does for me. If I was to play and wasn’t getting better or was constantly feeling like I declined then it might change where I stand. But right now, I really love this sport.”