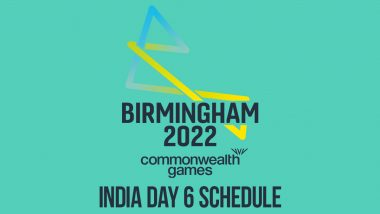 However, in the badminton mixed team game, India was defeated by Malaysia. India received a Silver medal.

The men’s team in table tennis defeated Singapore. The Indian TT team clinched the gold medal. Vikas Thakur brought in another CWG medal, winning a silver in the men’s 96 kg.

CWG 2022: Silver for India in Badminton