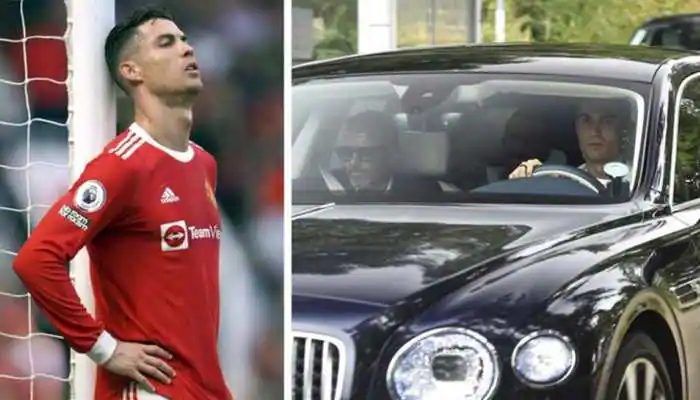 Cristian Ronaldo Is Back At Manchester United: Manchester United’s Cristiano Ronaldo has not yet begun preseason training, but the player is scheduled to meet with Erik ten Hag, the club’s newly hired manager, in the near future.

The renowned Portugal player Cristiano Ronaldo and his agent showed up at Manchester United’s training field on Tuesday, despite the uncertainty surrounding the Portugal superstar’s future with the English club.

Ronaldo has not yet begun preseason training with United; he was not with the team when it traveled to Thailand and Australia, and he is scheduled to meet with Erik ten Hag, the club’s newly hired manager, in the near future.

Jorge Mendes, Ronaldo’s agent, was photographed riding in the vehicle driven by Ronaldo as he entered the Carrington training center for Manchester United.

Sky Sports News in the United Kingdom stated that former Manchester United manager Alex Ferguson, who was responsible for signing Ronaldo for his first stint with the club from 2003-2009, arrived at Carrington earlier on Tuesday. Ronaldo’s first stint with United lasted from 2003-09. The previous year, Ferguson was instrumental in Ronaldo’s decision to rejoin United, playing a pivotal role in the negotiation process.

After only one year back at Old Trafford, Ronaldo, who is 37 years old, apparently wants to play for another team. This comes as a result of the fact that Manchester United is not participating in the Champions League this season and is not in a position to compete with the finest teams in England. United finished the previous season in sixth place in the league, 35 points behind Manchester City, who won the championship.

The club has explained that Ronaldo’s absence from training is due to “personal circumstances” for the time being. Ten Hag has made it clear more than once that he anticipates Ronaldo remaining on the team during the upcoming campaign.

If United does decide to let Ronaldo join another club, then it will leave ten Hag’s side without any center-forwards, and there will be just over a month remaining in Europe’s summer transfer season for him to find a replacement.

Martial shines in the absence of Ronaldo’s presence

Anthony Martial has been starting in the forward position in Ronaldo’s absence, and he has made a strong impression on the preseason trip by scoring three goals in four games.

Due to the fact that Martial spent the second part of the previous season on loan at Sevilla, where he scored one goal, this opportunity may represent an improbable second chance for the French striker.

Edinson Cavani, a striker for Uruguay, was one of the players that decided to leave Manchester United this offseason because his contract was about to expire.

Antony, a forward currently playing for Ajax, has been linked with a move to United.

Mikel Arteta’s trade is at risk, and about the Bukayo Saka replacement plan

Juventus, Barcelona draw 2-2 in US friendly