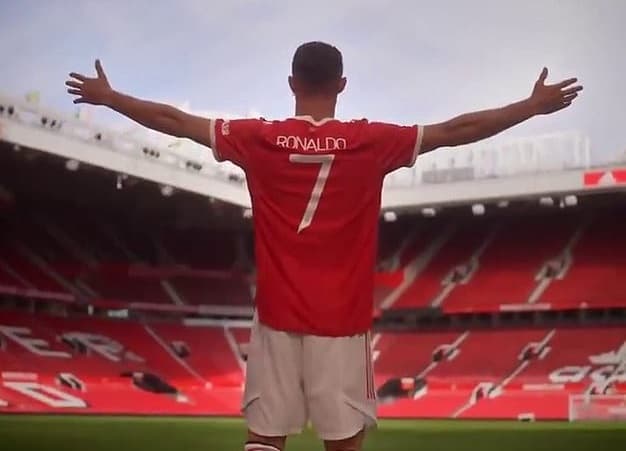 There is good news for the fans of Cristiano Ronaldo. He will be able to see your favorite player with the number 7 shirt CR7 is coming back professionally. He recently confirmed by Manchester United that the football team. This great player is going to be seen again wearing the number 7 shirt. Number 7 is the one to wear the jersey.

This football player of Portugal has been very famous among the fans by the name of Nickname CR7. He is again entering his club with the same name. Fans want to see their favorite player playing with this number 7 jersey. This jersey number was provided to Man United forward Edison Cavani, which will now appear on Cristiano Ronaldo’s body. Ronaldo wore this number 7 jersey for 6 years in his first spell. Many people like to see him in this jersey.

Till now the number 7 jersey was for Edinson Cavani but now this jersey is being made for Ronaldo. This information has been uploaded on Instagram by Man United, due to this the question is coming to mind. Many people know What number jerseys will be given to Edinson Cavani. For your information, let us tell you that jersey number 21 is being provided to Edinson Cavani.

Uruguayan footballers famously wear the number 21 jersey for their country, as per Premier League rules, once a jersey is registered, it cannot be changed by a player of a club while playing for the club. A player wears only the shirt allotted to him throughout the season until he wears the jersey of the same registered number.

The wave of happiness in the fans

Ever since it was confirmed by Manchester United that Ronaldo is going to be seen with his favorite jersey number 7, then Ronaldo’s fans are very excited and they are going to put their favorite player in this jersey again.

Chinese Super League 2021/22 Table, Rules, and all you need to know about Table