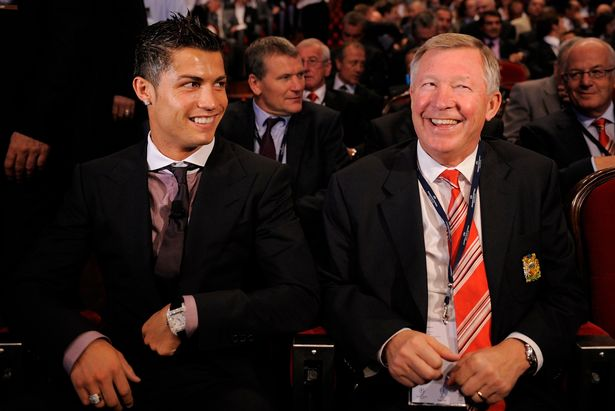 Cristiano Ronaldo leaves Man Utd HQ : Cristiano Ronaldo reportedly departed the Manchester United training field ‘through the back exit,’ and if that is not a ‘clear’ indicator that Erik ten Hag failed to persuade him to stay, then we don’t know what is…

The Portugal international was absent from United’s pre-season tour in Thailand and Australia due to personal issues, which came at a time when rumours were circulating regarding his potential future with the club.

It was reported that the former Manchester United manager was involved in attempts to convince the striker to remain at the club after he was followed into the training facility by Sir Alex Ferguson. However, these reports were completely false.

Ronaldo wants to leave so that he may play in the Champions League, but Ten Hag has stated in the past that the 37-year-old is “not for sale” and “in our plans.” Ronaldo has expressed his desire to leave.

However, according to the Mirror, Ronaldo has made it clear that he wants to leave following the showdown negotiations.

It was stated that he departed Carrington “through the back exit” at 4.55 o’clock in the afternoon, having arrived there at 11.30 in the morning. He drove away in his Aston Martin.

It is possible, though by no means certain, that the negotiations were successful, and that he just chose not to exit through the front door in order to avoid the creepily particular journalists who were waiting to evaluate his demeanour before writing precisely this kind of baseless rubbish.

Mendes will be back scouring Europe for any team ready to recruit his client if Ten Hag (or Sir Alex, if he was ever involved in the conversations) has not been successful in changing Ronaldo’s mind about joining Real Madrid.

There have been rumours that Bayern Munich, Chelsea, and Napoli are interested in making a bid for the player, but it appears like all three clubs are out of the running.

Atletico Madrid has surfaced as a viable alternative, with any side not competing in the Champions League next season being ruled out as a potential destination for the 37-year-old player; yet, a transfer for the player would be very difficult for the La Liga club to pull through.

This is because of how their finances are now set up. If they want to make a transfer during the summer transfer window, they will need to come up with at least 40 million euros.

Both Alvaro Morata and Saul Niguez have just returned to the club after spending time on loan at other organisations, and it is considered that their services are no longer required. The club’s salary bill is increased by around €20 million due to the contributions of both players.

Even while only a small number of clubs have the financial means to pay Ronaldo’s salaries, the vast majority of those clubs have absolutely no interest in trying to sign him.

It is seeming more and more likely that he will have no choice but to continue his employment at United.

Why premier league teams are flocking to Asia