Cristiano Ronaldo Vs Lionel Messi Net Worth And Salaries 2021 Revealed, All You Need To Know 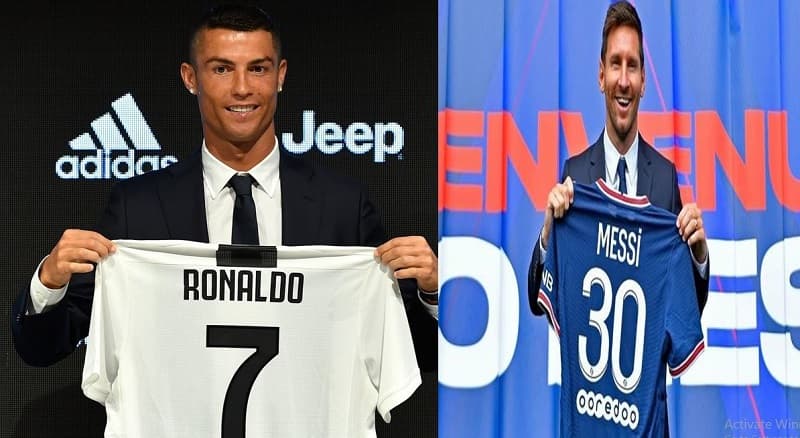 Barcelona captain Lionel Messi and Portugal captain Cristiano Ronaldo are two of the best football players in sports history. The game of Messi and Ronaldo on the pitch is so great that their names will be recognized as shining stars in football history.

Their booming career can be seen on and off the field from their successful venture. The modest debut of both the players has made them a great icon with millions of fan followings.

Soccer stars, Lionel Messi and Cristiano Ronaldo have achieved everything: titles, awards, records, prestige, and fame. Both are known as the highest-paid celebrities with very high net worth, salary, and release clauses.

Cristiano Ronaldo Vs Lionel Messi Net Worth And Salaries 2021 Revealed

Cristiano Ronaldo, dos Santos Aveiro, 36 a Portuguese footballer who plays for Serie A club Juventus and leads the Portugal national team. According to Forbes Ronaldo was ranked the world’s highest-paid player in 2016 and 2017 and the world’s utmost eminent athlete by ESPN from 2016 to 2019.

Presently Ronaldo is playing for the Italian, Juventus, and Portugal national teams. Ronaldo’s name comes from the world’s richest athlete and best football player. As of 2020, his net worth is around $500 million.

His net worth from salary and advertising is $100-150 million. In 2020 he earned $120 million – about $70 million from salary and $50 million from endorsements for companies like Nike, Clear Shampoo, Herbalife hair transplant clinic, Digital Arts, DAZN, MTG, etc. Cristiano Ronaldo, CR7 is on pace to earn over $1 billion in salary and endorsements in his career. He is a milestone that no other footballer has been able to cross.

ALSO CHECK: Top 10 Highest-Paid Soccer Players In The World In 2021

Lionel Andrés Messi, ljoˈnel anˈdɾes ˈmesi, 34, is an Argentine professional footballer who plays as a forward for Ligue 1 club PSG and captains the Argentina national team. According to France Football, he was touted as the world’s highest-paid footballer for five out of six years between 2009 and 2014. In 2019, he was ranked the highest-paid athlete in the world by Forbes.

Lionel Messi has finally moved to Paris Saint-Germain after his contract at Barcelona expired. Messi has amassed his net worth of $400 million as of 2020. According to reports, the two-year deal between Messi and PSG earns him an annual net salary of $41 million plus bonuses. He also earns around $40 million from endorsement and sponsorship deals. Among his many sponsorship deals, the most important are Adidas, Pepsi, Gillette, and Turkish Airlines.

Messi has been involved in generous efforts aimed at accessible children. Since 2004, he has contributed his time and finance to UNICEF. Messi founded his charitable organization, the Leo Messi Foundation, which revitalizes children by supporting access to health care, education, and sports.

Robert Lewandowski Net Worth in 2021, Contract, Weekly Wages, Incomes all you need to know

Bhavina Patel Net Worth, Salary, Record, Achievements & Endorsements, All You Need To Know