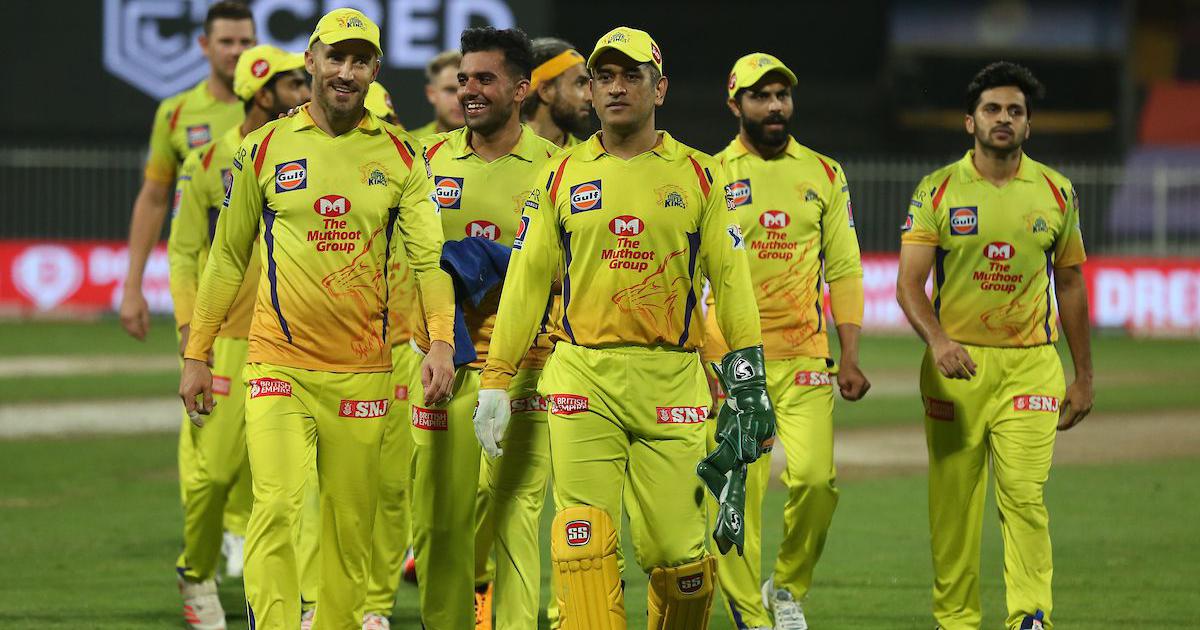 One of the Most Successful teams of the Indian Premier League after MI is CSK. Chennai Super Kings win IPL titles for Three Times 2010, 2011, and 2018. Whereas CSK is all set to begin their IPL 2021 Schedule on 10th April 2021. They Will Face Previous Season Runner Ups Delhi Capitals on 10th April. The venue for the Match is Wankhede Stadium, Mumbai.

In the IPL history CSK Reach Finals of Indian Premier League for 8 Times. From 8 Finals CSK managed to win Three TItles. While Chennai Super Kings had a great chance to make a hattrick of titles in the 2012 Season, but KKR defeated Them in the Finals. Only One time in the Indian Premier League CSK did not make it to the Playoffs in IPL 2020. The Previous Season was not in favour of CSK and the Team finished at Seventh Position.

Former Captain of India and The Most Successful Captain MS Dhoni will lead CSK. Whereas MS Dhoni appointed CSK’s Captain a the Inaugural Season of IPL and He still continuing as a Captain. It Makes CSK the only one to never changed the captain and also the only team to play under Indian Captain. In August 2020 MS Dhoni and Suresh Raina, Both announced their Retirement from International Cricket.

In the IPL 2021 Auction, CSK brought Few Talented Players for building Stong Squad. While CSK Brought Krishnappa Gowtham at Rs 9.25 Crores and he is the Most Expensive Uncapped player in IPL. In the Previous Season, Sam Curran showed his class by giving the best all round performance. So this Team will be more balanced and Strong. The Complete Team Squad list available here, Make sure you check it out below.