Hot Wife’s name of CSK Players and their Profession 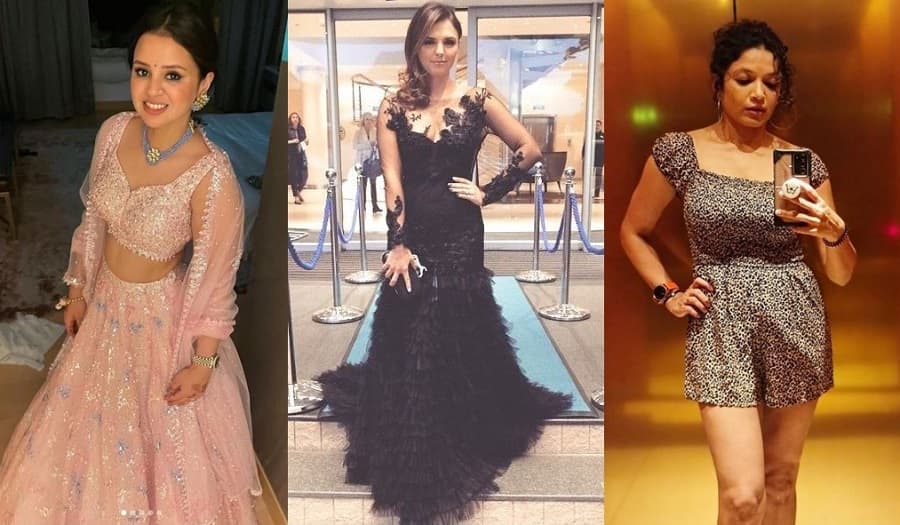 Chennai Super Kings is one of the most popular and successful franchises in the Indian Premier League. The fan following of its players especially the likes of M.S Dhoni ( fondly called ‘Thala’ in Tamil by fans), Suresh Raina( ‘Chinna Thala’), Bravo, Jadeja who have been associated with the franchise for a long time is unmatchable. But many other people are associated and connected with these players and some part of their success can also be credited to these people who are there with these superstars behind the scenes. Check CSK Players Hot Wife’s Name And Their Profession.

One of the most important people in the life of these cricketers is their life partners, their wives.

So let’s look at the list of wives of some of these cricketers of CSK:-

Sakshi Singh is the wife of former Indian captain And CSK captain M.S Dhoni. The couple
started dating in march 2008 and finally got married on 4th July 2010 in a low-key affair. The
couple has a beautiful daughter named Ziva. Sakshi is seen many times cheering for CSK from
the stands and is quite popular among cricket fans in India.
Date of Birth – 19th November 1988

Education – Sakshi went to Welham Girl’s School in Dehradun in Uttarakhand and completed
her schooling at Jawahar Vidya Mandir in Ranchi.
She completed her Graduation in Hotel Management from the Institute of Hotel Management in
Aurangabad.

Priyanka is the wife of Suresh Raina. The couple got married on April 3, 2015. They were
childhood friends as both lived in Ghaziabad, Uttar Pradesh but lost contact when her family
shifted to Punjab. She then Shifted to the Netherlands for work and finally met Suresh Raina in
2014 when she came back to India. Gracia Raina is the name of their daughter and a son
named Rio Raina who is the younger of the two.

Education – Priyanka Raina did her schooling initially from UP and later completed her
schooling in Punjab.
She completed her B.Tech from Krishna Institute of Engineering and Technology.

Profession – She worked as a software engineer for companies like Accenture and Wipro.
After that, she worked as a Senior Software Engineer for ING in the Bijlmer neighborhood of
Amsterdam, Netherlands.
After marriage, she co-founded an NGO called ‘Gracia Raina Foundation’ for promoting
maternal health and child care.
She also co-founded Maatecare a babycare brand.

Riva Solanki is the wife of Cricketer Ravindra Jadeja. She is a mechanical engineer and an
active politician. Their love story started when they met at a party and started dating each other
after that. Their love blossomed soon and the duo decided to get married. The couple got
married on 17th April 2016 and are blessed with a baby girl Nidhyana.
Date of Birth – 1990(31 years)

.
Education – Mechanical Engineer from Atmiya Institute of Technology and Science, Rajkot.
It is being heard that she prepared for civil services before her marriage.

Profession – Politician – She formally joined BJP on 3rd March 2019.
Before joining BJP, she was the head of the women’s wing of Karni Sena.

Imari Visser is the wife of CSK and South African cricketer Faf du Plessis. She is a marketing
manager and loves photography, Couple was in a long-term relationship before they finally
decided to get married in the year 2013. They are blessed with two daughters the older one is
Amelia and the younger one born in 2020 is Zoey.

Education – She did her schooling at Eunice secondary school for girls and went onto study at
the University of Pretoria.
She completed her bachelors in Commerce where she studied subjects like marketing
management, Business Management, and Finance.
She also went to Vega School of Brand Leadership where she learned Photography.

Profession – She is a marketing manager by profession and works for a beauty company
Nimue Skin Technology.
She is also an accomplished photographer.

Sumayya Dildar is the wife of leg spinner Imran Tahir. The love story between the two is nothing
less than a romantic movie. Tahir met Sumayya first time when he went to South Africa when he
was representing the Pakistan U-19 team. It was love at first sight for him but not for her. Tahir
kept visiting South Africa to meet her and eventually both were in love with each other. But
Sumayya Dildar was not willing to leave her home country, so Tahir decided to give up his
dream of playing for Pakistan and shifted to SouthAfrica and the couple finally got married in
2007. The couple has a son named Gibran. Sumayya is Indian origin South African national.

Profession – Sumaayya was a model earlier but now she is a homemaker.

She is the wife of Robin Uthappa and the duo tied the knot on 3rd March 2016 in a small and
private wedding with some close friends and family. The two of them met when they were in
college and were best friends there and later the friendship blossomed into love and the two
started dating each other. Sheethal was a tennis player and a common interest in sports and
fitness brought both of them together. The couple were blessed with a baby boy in October
2017 whose name is Neale Nolan Uthappa.

Profession – She was a former India Tennis Player.

She is the wife of Indian Cricketer Ambati Rayadu. Their friendship started during college days
and soon they fell in love with each other and started living together. The couple got married on
Valentine’s day in 2009. After 11 years of marriage, the couple was blessed with a baby girl in
July 2020. The couple shares beautiful chemistry and Chennipali has been a constant support
for Rayadu throughout his cricketing journey.

Education – She did her schooling at St. Ann’s High School, Secunderabad and she graduated
from Bhavan’s Vivekananda College, Secunderabad.

Profession– Chennupalli is a homemaker.

Top 5 Batsmen With Most Not-Outs in IPL History