At the same time, Chennai has again handed over the command in the hands of Mahendra Singh Dhoni to avoid the outcry of defeat. In such a situation, today an interesting collision is expected.

Every player of Bangalore will have to contribute equally

For Royal Challengers Bangalore, the inability to score runs at a fast pace in the power play is creating a big problem. Virat definitely returned in the 100, but his half-century was too slow for T20. There has been a lack of consistency in the performance of Captain Faf. Dinesh Karthik comes at last and is unable to give the finishing touch to the innings.

Big names are definitely present with Bangalore, but not the name on the field, the work speaks for itself. After 1-2 defeats, this team can also be out of the playoff race. In such a situation, Bengaluru should come into the field as a unit where every player understands his responsibility towards the team.

Change in captaincy can change luck

Chennai has shown the courage to fight again after the change of captain. This was a good way of playing fearlessly from the top order. CSK is still in the race for the playoffs. Today CSK will expect similar performance from their top order.

Bowler Mukesh Chaudhary has finally come into the rhythm. He played a big role in the team’s victory by taking 4 wickets in the last match. Together with Mahesh Thekshana, he can once again show match-winning bowling efforts. 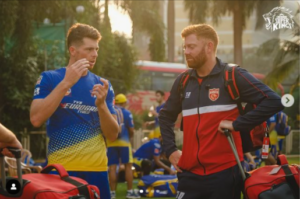 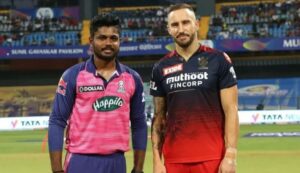 Sanju Samson opens up on his interaction with Rahul Dravid