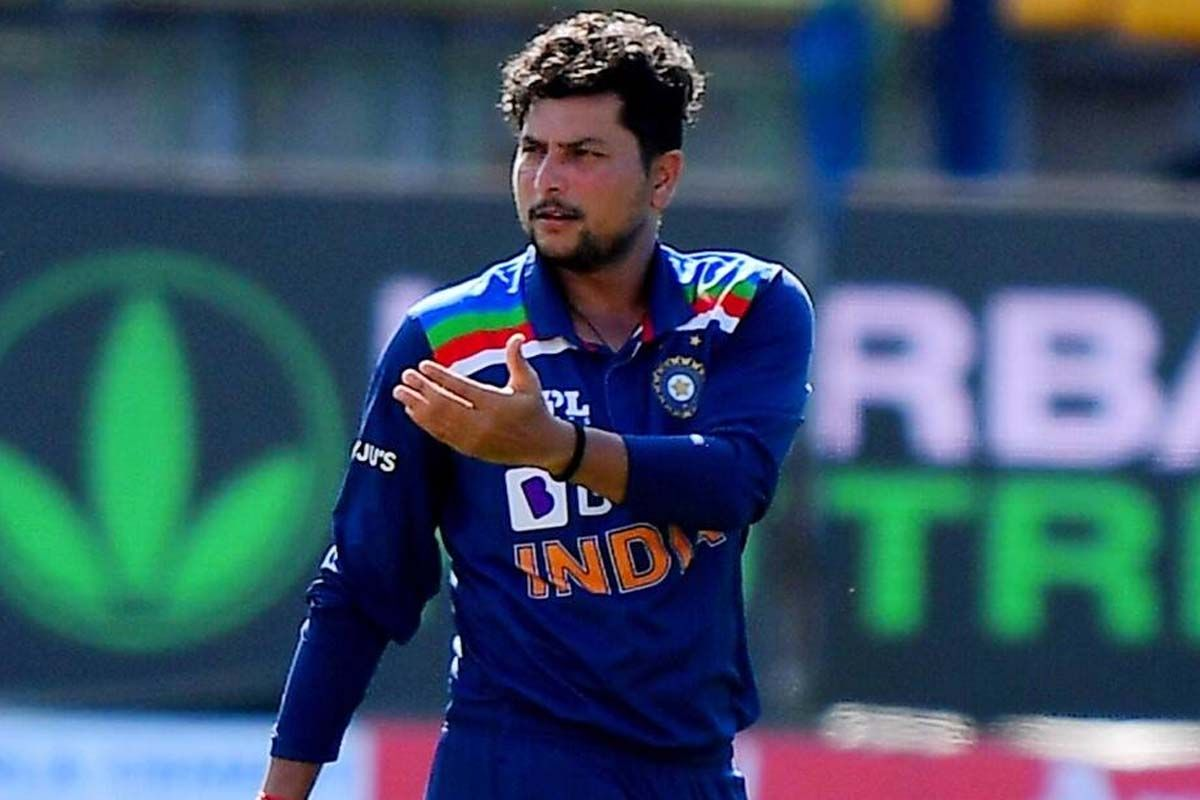 Details about Kuldeep Yadav, the Indian Cricketer: Kuldeep Yadav was born on the 14th of December 1994. He is an Indian international cricket player. He plays for the Indian National team and for Uttar Pradesh in domestic cricket.

Yadav was signed by the Delhi Capitals to play in the 2022 Indian Premier League. He has performed for the India Under-19 cricket team.

On 18 December 2019, Kuldeep became the first bowler for India to take two hat-tricks in international cricket. This hat-trick was obtained in a match against the West Indies.

On 17 January 2020, Yadav became the fastest spin bowler for the Indian team. He achieved this in the second ODI against Australia. He took 100 wickets in ODI cricket, in his 58th innings.

He is a dewy-eyed aspiring left-arm fast bowler. Kuldeep joined an academy in Kanpur with big dreams of becoming the next Zaheer Khan for India. Kuldeep and his coach Kapil Pandey soon realized that his talents didn’t align with the task. Consequently, he took up Robert Frost’s ‘road less traveled’ – slow left-arm unorthodox, or chinaman.

Kuldeep belongs to a rare breed of chinaman bowlers in the modern day. Yadav had revived the art out of its grave with a few other young chinamen.

He set the 2014 Under-19 World Cup to come alive by becoming India’s leading wicket-taker in the tournament. He went on to add the distinction of becoming the first Indian bowler to take a hat-trick.

Kuldeep got exposure in the 2016 Duleep Trophy. Yadav once again bamboozled the batsmen. He brought the tournament to an end with 17 wickets in three matches. He played a major role in leading the Indian Cricket team to the final of the tournament.

Despite having limited opportunities, his traditional guile and unconventional style gained recognition at the national level. He displayed enough performances of substance to be added to the Indian squad. He found his place in the team for the home Tests against Australia in 2017.

He was given the coveted Test cap by wrist spin wizard Anil Kumble in Dharamsala. He replaced Virat Kohli to fox the experienced Australian batsmen. The Aussies were clearly caught by surprise by the selection. Yadav landed with four wickets on debut. He laid the platform for the Indian win as the Border-Gavaskar trophy returned to India.

Yadav was soon called up for his ODI. His ODI was during the tour of the West Indies in mid-2017. Yadav became the joint highest wicket-taker on this tour. But he was overlooked in the first three ODIs in Sri Lanka.

He finally returned in the final two matches. He made a statement against the Aussies. Yadav emerged with a hat-trick against them.

Kuldeep Yadav is not the world’s fittest athlete. But Kuldeep is an evolved bowler. Kuldeep went on to learn the tricks of the trade soon. He exhibited his application very well. His extraordinary performance was in the ODI leg of the tour of South Africa in early 2018. Yadav used his stock ball effectively to run through the best limited-overs batting line-ups in the world. He used his enigmatic googly that even the most accomplished batters failed to face.

Yadav has the ability to deceive the batsmen in the air. He possesses the cunning ability to use the width of the crease. He retains all the elements to lead a potential chinaman revolution having resurrected a dying art.

Yadav was given an Indian Premier League contract in 2012. He was handed this by the Mumbai Indians. But he was not included in the playing XI in his debut season. This was unfortunate even when he made headlines for beating Sachin Tendulkar with his googly in practice. He was acquired by the Kolkata Knight Riders two years later. But he still did not play a game.

In IPL 2016, Kuldeep finally got the chance. He played for the KKR franchise and didn’t disappoint. The slow-left-arm bowler took 6 wickets from 3 games. But Brad Hogg’s performance limited his chances. He was retained in KKR for 40 lakhs ahead of the 2017 IPL. KKR invested more in their potent weapon. Kuldeep did not fail to shine. He took 12 wickets from 12 games. The year 2018 saw him climb up to reach the international level. In the IPL he created ripples. Kuldeep got his first award – the Man of the Match award in an IPL game. Against RR, Kuldeep took 4 wickets for 20 to script a fine win for KKR.

Harmanpreet Kaur: All the details to know about her