Dewald Brevis, Tristan Stubbs, Donovan Ferreira among players who could light up SA20

Some of the greatest names in international cricket have attended the SA20, including England’s Sam Curran and West Indies’ Alzarri Joseph. On one of the greatest stages of their lives, they will compete against South African domestic cricketers.

The league has already received praise from Tabraiz Shamsi for providing players with exposure and opportunities, and as the competition progresses, there will no doubt be many more. Having trouble remembering some of the names? A player to watch from each of the six clubs is included on the following cheat sheet, along with one additional player for good measure.

Stubbs, who was the most expensive purchase at the auction and cost R9.2 million (USD 520,000), will be eager to prove his value at his home base. He was signed by the Port Elizabeth-based Sunrisers Eastern Cape, where he also started his professional career.

He became well-known during the 2021–22 season, finishing second in the CSA T20 Challenge with 293 runs in seven innings, including three fifty-plus runs and a strike rate of 183.12. In that competition, he scored over two thirds of his runs on boundaries.

Stubbs was signed by Mumbai Indians for the IPL 2022, however he only appeared in two games. He is anticipated to play a bigger role in the SA20. He has a crisp swing, is fast between the wickets, and contributes to the team. He might even bowl some offspin for us.

The next star of South African cricket has previously participated in the IPL and CPL and was selected before the auction by MI Cape Town for the SA20 competition. Brevis is a brave batsman with a 360-degree game who has amassed some impressive figures in a brief number of games.

He signed with Titans after completing as the Under-19 World Cup’s top run-scorer early last year, and he has made an almost instant impact. He was the second-highest run-scorer in the CSA T20 Challenge in October after smashing a 97-ball 162 for the Titans and recording a strike rate of 176.75.

With the signing of Jofra Archer as their wildcard, Cape Town scored another major victory. For the first time since March of last year, he is about to play competitive cricket once more. Archer has been fighting an elbow ailment and a stress fracture in his lower back while making slow progress toward a comeback, beginning with a few games with the England Lions.

The SA20 gives him a great chance to get in shape before the international matches and the IPL, where he has been retained by Mumbai Indians, as well as the three ODIs England will play against South Africa at the end of January. Sam Curran, Kagiso Rabada, Odean Smith, and Olly Stone are among the most potent pace attacks in the competition, and Archer will join them at the SA20. 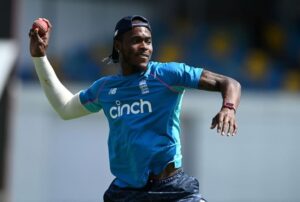 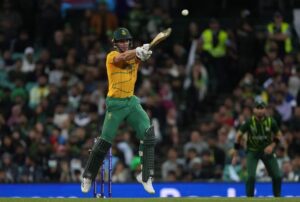