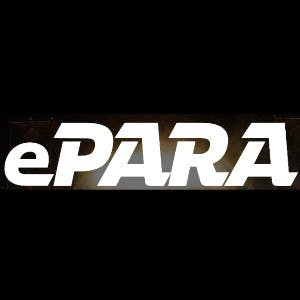 Disabled Japanese e-sports competitors dispel myths about their community. Global revenues from eSports are estimated to be more than $1 billion, and many people think it could one day be part of the Olympics. The industry is not as big in Japan as it is in China and South Korea, where eSports is very popular, but it is slowly starting to grow. In that light, the concept of ePara has also emerged.

Shunya Hatakeyama is a Street Fighter player who has muscular dystrophy. Because of this, he uses his chin to do powerful combos. He isn’t the only Japanese gamer who shows that being disabled doesn’t stop you from doing well in eSports. Naoya Kitamura is blind and plays the beat-em-up game Tekken 7 by listening to the sounds. He also hopes that his skills in a billion-dollar industry will help people be more accepting of each other.

“I’ll block a move and the sound it makes will tell me what kind of move it was, then I’ll react and make my move.” Kitamura said.

Daiki Kato, a social worker in Japan, started a company called ePara in 2016. It intends to give disabled gamers a chance to play. Kato’s company hires players like Hatakeyama and Kitamura, who are both 28 years old. It gives them time to practice around their other jobs, which include working on the company’s website and helping organize gaming events.

Hatakeyama usually competes in Street Fighter V tournaments that anyone, with or without a disability, can join. He says that the best thing about fighting games is that you can play against different people even if you have a disability.

“When I play in a tournament I don’t want my disability to be an issue, I want to move people with the way I play.” he said.

More on Hatakeyama and his custom controller

Hatakeyama was born with degenerative muscular dystrophy. Since he was about six years old, he has used a wheelchair to get around. He has always liked fighting games, but his muscles have gotten so weak that he can’t hold a controller anymore. He stopped playing for six years. That even added to the depression and sadness. Last year, he and a friend decided to make a custom controller that he could use with his chin.

Hatakeyama says he was right back in the swing of things as soon as he used his fingers to press buttons on his computer keyboard. Now, he also helps other disabled players by talking them through complicated combos and giving them tips on how to use different characters.

Many of the gamers at ePara are new to eSports and haven’t been in many tournaments before. However, Kato, the head of the company, thinks that the market for gamers with disabilities is growing, and he believes that manufacturers will start to pay attention sooner than later. “If you have more people with hearing impairments or visual impairments playing games, game manufacturers will react by making more games that they can play,” he said. 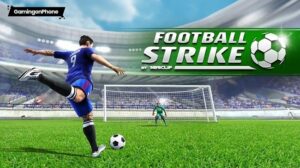 Why aren’t all players at the CWG 2022 given a sports psychologist? – Here’s what experts have to say!

“Never Had An Open And Honest Answer”: Adam Gilchrist On Indians Not Playing Foreign Leagues