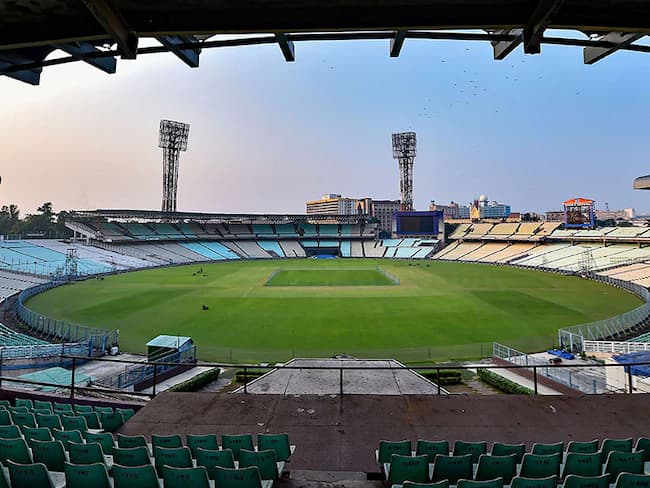 One of the biggest sporting centers, Kolkata’s Eden Garden holds a special place of interest in the history of Indian cricket. Check Eden Gardens Kolkata Pitch Report.
Referred as “Cricket’s answer to the Colosseum,” the Eden Gardens, the largest cricket stadium in India, has hosted many prominent matches.

Eden Gardens is the home of cricket for India. It was established in 1864, the oldest cricket stadium in India, and stretched over 50 acres

The Eden Gardens crowd simply loves their sport. The first World Cup final outside Lord’s was at this majestic venue. Anil Kumble’s 6/12 against West Indies in the final of the 1993 Hero Cup was on this hallowed turf.

It is the home of the Bengal Cricket Team and Indian Premier League Franchise Kolkata Knight Riders and is also a venue for Test, ODI, and T20I matches of the India national cricket team.

The stadium was capable of holding more than one lakh people at one stage, the capacity has now been reduced to a little more than 68,000 after the stadium underwent a renovation before the 2011 World Cup. Eden Gardens is the third largest cricket stadium in the world after Melbourne Cricket Ground Australia and Sardar Patel Stadium Ahmedabad.

The last T20I match played at the venue was held on 4th November 2018. It was a low-scoring affair between India and West Indies, which the hosts won convincingly. The wicket has not changed much since then.

The pacers can extract swing from the wicket early on, while there is something for the spinners as well. Adopting a cautious approach in the early overs, batters can breathe easy later on and can tee at the end stage of the innings.

Fans are in for a treat as they will get to see a full game of 40 overs. The maximum temperature will be around 32 degrees celsius and will drop to 23 degrees celsius. Rain is not expected to play the spoilsport as the chances of precipitation are only 6 percent.