On Sunday (January 15), SD Eibar and Malaga will compete for three points in a Segunda Division matchday 23 match. At the same venue last weekend, the hosts defeated UD Ibiza by a narrow margin of 1-0. The game was decided by a strike from Stoichkov in the 31st minute.

In the meantime, Malaga’s home match against Tenerife ended in a 1-1 draw. Samuel Shashoua’s opening goal in the 75th minute was canceled out by Ruben Castro for the visitors, who scored both goals after the break.

Eibar is well-positioned to win automatic promotion to La Liga, and a victory will keep them at the top. This season, the Azulgrana have excelled at home, winning all 11 league games in front of their home crowd. That does not bode well for a Malaga team that has not defeated Eibar in six attempts.

Pepe Mel’s team is deep in the relegation zone, so if they want to stay there, they need to start getting points. Malaga won’t be much of a threat to an efficient Eibar team, despite their need for points. It should be easy for the hosts to win and keep a clean sheet.

Eibar vs Málaga Head to head :

In their last 21 matches against Malaga, Eibar has won seven of those games. Malaga has won six games while eight have ended in a draw. In their most recent meeting, which took place in October 2022, Eibar won 1-0 on the road. Eibar has won four of their five league games, going unbeaten.

At least three goals have been scored in five of their last eight games. Eibar has won all four of their previous matches against Malaga and is unbeaten. Both teams have scored in Malaga’s last five away games.

This season, Eibar have won eight of their 11 home league games and is unbeaten, giving them the second-best home record in the league.

Eibar vs Málaga Where to Watch : 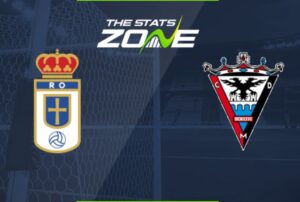