Elena Rybakina’s Success Leads Her To The Grand Slam Final

Rybakina will encounter Ons Jabeur of Tunisia, who became the first African woman, and the first Arab player to reach a Grand Slam final when she defeated Tatjana Maria in three sets.

Since 2015, Rybakina has been the youngest Wimbledon finalist when Garbiñe Muguruza lost to Serena Williams. 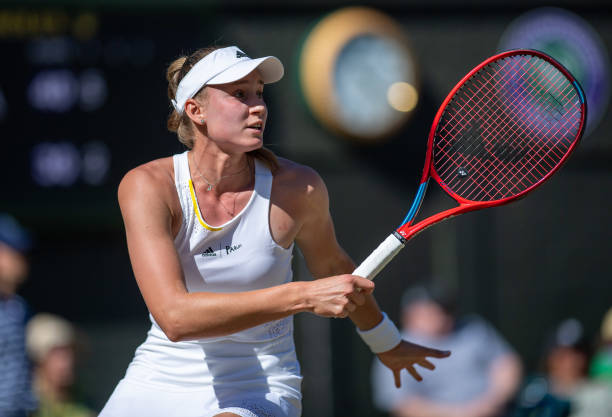 Halep had remained the 2018 French Open champion and had reached the semi-finals without dropping a set but was broken early in both straight sets.

Halep was the champion in 2019 but did not help her cause, with a string of double faults to hand Rybakina chances at the major moments.

The Romanian failed to defend her Wimbledon title last year after the 2020 edition had been cancelled because of her calf injury.

The 2022 Wimbledon women’s final will take place with Ons Jabeur and Elena Rybakina for the Venus Rosewater Dish on Saturday.

Jabeur, despite being the third seed coming into the tournament, had to prove a lot en route to reaching the final. She failed to compete in the Australian Open due to her back injury and lost her first-round match to unseeded Magda Linette at the French Open.

Rybakina did not fare much better in the first two Grand Slam tournaments of the season. The Kazakh star lost to Zhang Shuai in the opening round match in Melbourne. She advanced further at Roland Garros before falling to Madison Keys in the third round.

In the recent game, Rybakina did not show any signs of nerves and was completely focused on winning the game. She said that in the on-court interview, she played some solid tennis that night.