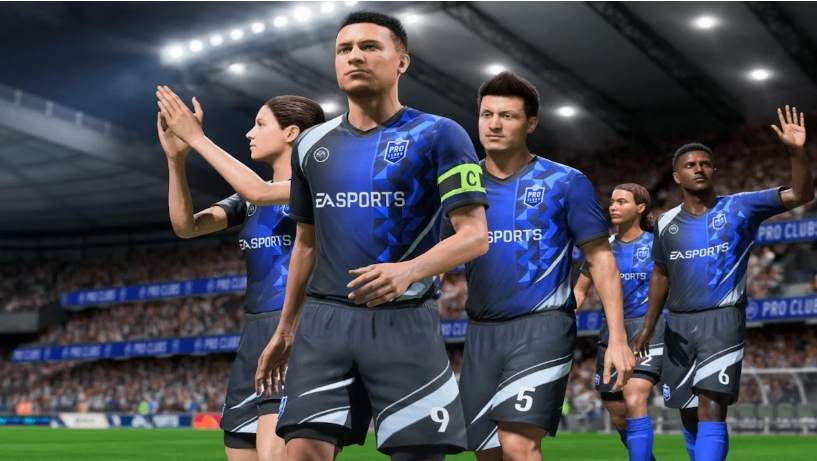 FIFA 23 Is Now On The Market For Less Than $1: According to EA Sports, a small number of football fans were able to purchase the Ultimate Edition for less than $1 following an inventory mistake that left only two units available.

There is hype for the next stage of Pro Clubs, Career Mode, and Ultimate Team as EA Sports revealed all their new features. Players are excited to test out everything that is going on with the upcoming release of FIFA 23.

With a unifying and ubiquitous game mode, FIFA has grown in popularity with its success stemming from the fan-favorite Ultimate Team mode.

Despite the growth in popularity of FIFA on the PC, it still remains a major success for EA. With pre-orders available through Steam and Stadia, EA Sports FIFA 23 is currently available on multiple platforms.

Although players who pre-ordered FIFA 23 on the Epic Games store were met with a surprise when the game was available for less than $1, it seems like EA Sports has no other option but to honor that price.

At the beginning of August, FIFA 23 was available for pre-order on the Epic Games store for roughly 0.063 USD or £0.052, which is about 6% of the price of buying this edition new. The OP then added that “for context, that edition was 6% cheaper than buying it without pre-ordering.”

After publishing their most expensive game (FIFA 23) at the incorrect price, EA Sports acknowledged their costly error.

They took ownership of the mistake and stated that their limited time offer will be honored for everyone who pre-purchased.

If you were disappointed that you missed the opportunity to buy FIFA 23, it turns out there were very specific requirements in order to unlock a deal. One comment notes that “it was only possible with a VPN in India and for just over an hour.”

There is no telling whether or not you’d have got a free game if the prices were incorrect for only an hour. Top gamers who were in the know will be able to enjoy FIFA 23 for free this year, though.

Seattle Storm vs. Washington Mystics First-Round Recap: What You Need To Know