Five players to keep an eye on in the Women’s tri-series featuring India, South Africa, and the West Indies

Between January 19 and February 2, South Africa will host the women’s tri-series featuring the hosts, South Africa, India, and the West Indies. All of the matches will take place at East London’s Buffalo Park Cricket Stadium.

The series will be used to get ready for the ICC Women’s T20 World Cup 2023, which is coming to the African nation. As part of the tri-series, the tournament will feature seven matches, with the three teams competing twice in the round-robin stage.

Before turning their attention to the T20 World Cup, which will take place in Cape Town, Paarl, and Gqeberha between February 10 and 26, the teams will be competing for a spot in the final.

The first match of the tri-series between India and South Africa will be played on January 19, followed by games against the West Indies on January 23, South Africa on January 28, and the Caribbean team once more on January 30.
The five players who might play a role in the upcoming women’s tri-series are listed below.

One of the few players who can bring a stadium to life is Smriti Madhana. Her explosive batting is a sight to behold and demonstrates class.

The southpaw is fearless and powerful at the same time. Mandhana is one of the best batters in the world because she can play spinners and pace bowlers with ease.

India will have high hopes for Mandhana to play some breathtaking innings, as she did against Australia in 2022 at the DY Patil Stadium, where she plundered the Aussie bowlers all over the ground. Mandhana is a crucial part of India’s arsenal because of her range of shots.

Her performance in the Women’s T20 World Cup and the upcoming women’s tri-series will be crucial for the Indian team.

The year 2022 demonstrates that Renuka Singh Thakur has been an absolute revelation for India. She was amazing the year before, taking 40 wickets in 29 matches and really being the reason India performed consistently.

Since Jhulan Goswami retired, there have been a lot of questions about Indian fast bowlers. India’s pace bowling stocks have been heavily dependent on her for the past few decades or so. But now that Renuka Singh Thakur is in the attack, bowling looks different and stronger.

She stands out from the rest because of her ability to swing the ball at will and get off the surface. This has made her one of the best advocates of swing bowling.

Similar to her exceptional performance at the Commonwealth Games, where she finished as the leading wicket-taker, India will be hoping to add a lot of bite to the bowling.
Given her bristling potential, she possesses all the ingredients for success not only in the upcoming women’s tri-series but also in the World Cup.

The West Indies’ hard-hitting all-rounder Hayley Matthews has been named captain of the women’s tri-series team.

Matthews is currently one of her team’s best all-rounders with 1,055 runs and 58 wickets in 61 T20Is. She can destroy any bowling attack with her power-hitting and is a ferocious cricket ball striker.
She frequently participates in some monetary overs and breaks important partnerships with her off-breaks.

Laura Wolvaardt is a young opening batter for South Africa who has a lot of experience for her age. She is not a power hitter, but she is a sweet timer of the ball who plays the ball perfectly into the gaps. She has played for South Africa in more than 42 T20 matches already.

In the absence of their regular captain, South Africa heavily rely on Wolvaardt for solid starts. The absence of Dane van Niekerk from the women’s tri-series squad weakens their middle order.

Marizanne Kapp is an exceptional all-rounder who is one of a kind. She is a gift that keeps on giving and adds value to any team she plays for.

She can bat as a pinch hitter, bowl difficult death overs, rescue teams from dangerous situations, and win super overs with both bat and bowl. She can also bowl in the powerplay. She is, overall, a player that every team would adore to have on their side.

In the T20 format, she is an irreplaceable mystery and a blockbuster package who can win matches for her team on her own.
In the upcoming women’s tri-series, South Africa will be hoping for that kind of performance from the South African veteran. 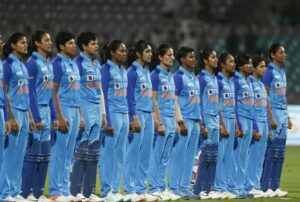 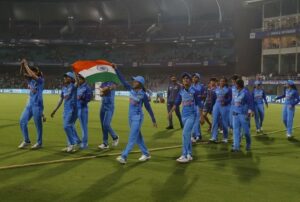 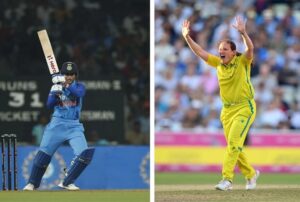 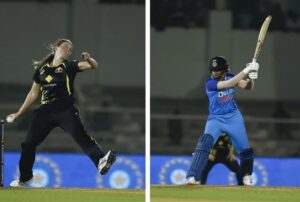 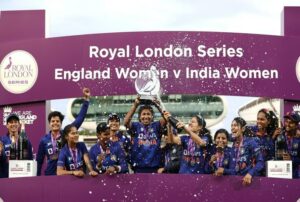 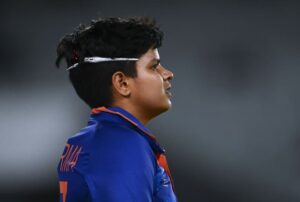 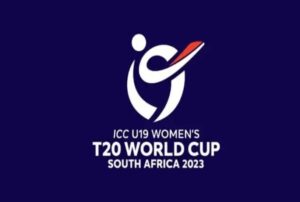