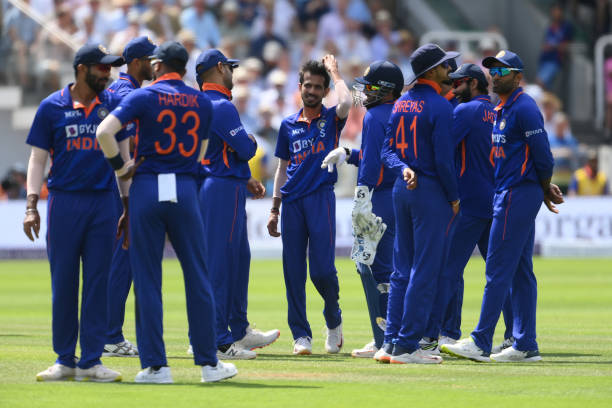 Former Indian Fielding coach R Sridhar Picked the Indian bowling attack for T20 World Cup : The T20 World Cup is around the corner, and teams are looking for their best combinations. Recently, the Asia Cup schedule was announced, and only 2 days are left to announce the Asia Cup Squad. This year the Asia Cup is going to be held in T20 format to help teams prepare for the T20 World Cup. More or less, Teams are going to try their best combinations to see which players will fit in the T20 Squad. Many former Indian players are suggesting a lineup.

Sridhar stated that the Indian bowling attack will have Bhuvneshwar Kumar, Mohammed Shami, and Jasprit Bumrah as specialist pacers in the final squad.  Yuzvendra Chahal will be the main Spinner. In a conversation with Cricket.com on Thursday, he said “When it comes to big tournaments, you need big boys to come and play. These three are big boys as far as bowling is concerned and these are backed by Hardik Pandya.”

“We have the problem of plenty of options, we are blessed with that. Isn’t it? I think our top fast bowlers will be Bhuvi, Bhumrah, and Shami.” ” If you have them in Squad, you have a death bowler in Bhuvi, provided his fitness.  You will have Shami with a new ball who will ask a lot of questions to opening batsmen in the world.” Sridhar said India will have bowling options in terms of all-rounders like Hardik and Jadeja. Indian team management is rotating fast bowlers to give enough rest to big boys for big events.

Meanwhile, he also picked R Ashwin in the T20 Squad saying ” Obviously putting a leg-spinner in the squad, so that’s Grand Master Chahal AZ I like to call it. You have R Ashwin to go back to if you need it. You know it’s T20 and he’s a man who can ask many questions to batters in the world.