Caroline Garcia and Andrey Rublev swept into the second round of the Australian Open on a blisteringly hot day on Tuesday, ahead of Novak Djokovic making his eagerly anticipated return to the season-opening Grand Slam.

Before play was halted on the outside courts and the roofs of the main stadiums were closed due to the extreme heat, women’s fourth seed Garcia and men’s fifth seed Rublev both recorded straight-sets victories.

Following a complaint from the Ukrainian ambassador to Australia, Tennis Australia imposed a ban on Russian and Belarusian flags on the day of their victories.

Tennis Australia stated, “The ban is effective immediately.”
Russian and Belarusian players have typically competed at the Australian Open under a neutral flag as independents ever since the invasion of Ukraine.

Rublev had a clear ranking

Rublev had a clear ranking advantage right now, but Thiem had won a lot more Grand Slams as the 2020 US Open champion. Additionally, he has been a Roland Garros finalist twice.

However, as the Austrian, ranked 98, continued his recovery from a wrist injury that kept him off the court for nine months throughout the 2021 and 2022 seasons, he was outplayed.

Rublev stated, “We are really good friends and I know he is going through difficult times; therefore, I just want to wish him all the best to come back at the same level that he belongs to as quickly as possible.”

Garcia beat Canadian qualifier Katherine Sebov 6-3, 6-0 in just 65 minutes to establish her status as a contender for the first Grand Slam of the year.

Aryna Sabalenka beat Tereza Martincova of the Czech Republic 6-1, 6-4 to also breeze through.
She stated, “I must work on my mindset, remain calm, and not get too upset when I make mistakes.” I truly believe that this is the only aspect of my game that is lacking.

Put in a lot of work on your training

Serbian Djokovic, one of the best men’s tennis players ever, was kicked out of the country just before the Grand Slam at Melbourne Park last year because he opposed the use of Covid vaccines.

However, the 35-year-old will fight Roberto Carballes Baena of Spain in his opening bout, and it appears likely that the Rod Laver Arena crowd will give him a warm welcome.

He hopes to tie defending champion Rafael Nadal’s record of 22 Grand Slam victories and win the Australian Open for a record-extending tenth time.

Djokovic is the clear favorite to win the first Grand Slam of the year, but he has been bothered by a slight injury to his hamstring since winning a warm-up tournament in Adelaide last week.

“I always value opportunities. In an effort to dispel concerns regarding his hamstring, Djokovic stated prior to his opening match, “I train as hard as really anyone out there.”

On day two of the tournament at Melbourne Park, the Briton player, who is 35 years old, will take on the Italian 13th seed Matteo Berrettini.

Both Norway’s second seed Casper Ruud and Russia’s 12th seed Alexander Zverev are competing.
On the first day, Nadal defeated the promising Briton Jack Draper in four sets to begin the defense of his crown. There were no major surprises.

Ons Jabeur, the second seed from Tunisia who finished second at Wimbledon and the US Open last year, will face Tamara Zidansek of Slovenia to begin her quest for a breakthrough at her first Grand Slam. 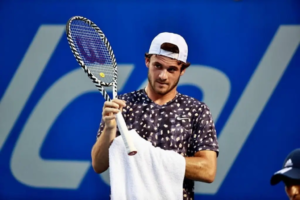 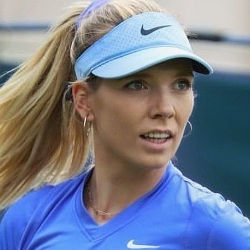 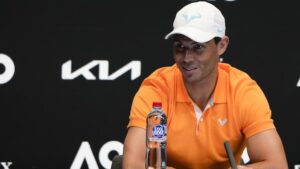 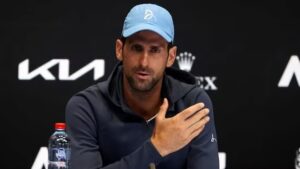