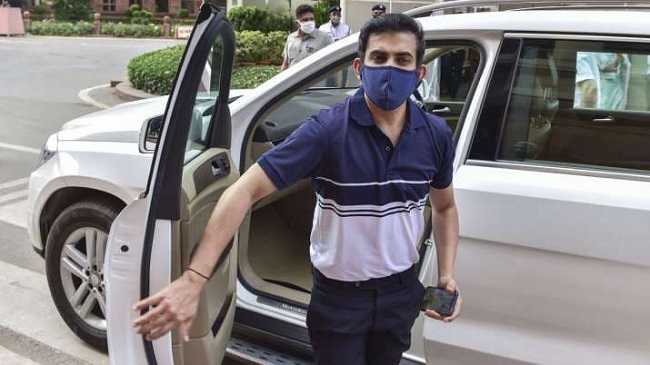 Gautam Gambhir told that there were mild symptoms of the corona. After this he got his test done and he has been found corona infected.

Gambhir has given this information on social media and has asked people who came in contact with him to conduct an investigation.

Gambhir Shared this information on social media with its official Twitter handle. He wrote in the tweet that

“After feeling mild symptoms of the corona, my report has come corona positive in the investigation. I appeal to all the people who came in contact with me to get tested for corona.

Gautam Gambhir as mentor of Lucknow team in IPL

In IPL two new teams become part of the tournament Lucknow and Ahemdabad, they are getting ready for the Mega Auction which is going to be held in Feb.

Tomorrow Lucknow team announces their name that is Lucknow Super Giant in which Gautam Gambhir is the Mentor of team, Andy Flower is the Head Coach of the team.

Apart from cricket, he is also East Delhi MP and he is the former captain of KKR.

KL Rahul becomes captain of the team before mega auction Lucknow chooses Bishnoi for the team. This is the most expensive team in IPL history.