Hardik Pandya visits his home to see his “brother” Kieron Pollard and his family. 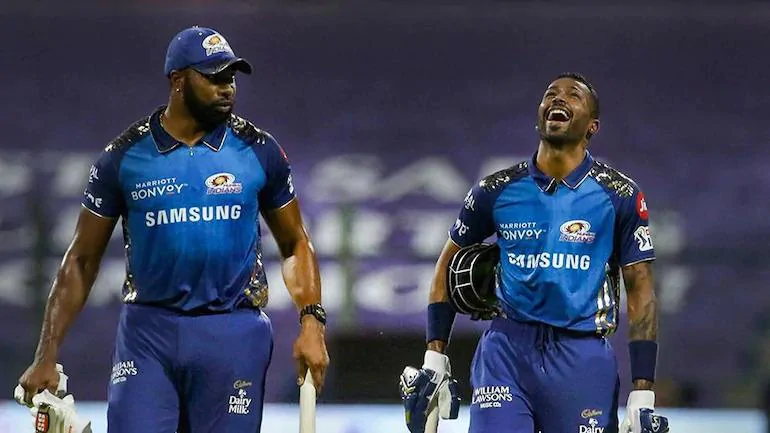 Hardik Pandya visits his home to see his “brother” Kieron Pollard and his family.

Hardik Pandya visits his home to see his “brother” Kieron Pollard and his family. India will take a flight to the United States of America in order to compete in the final two Twenty20 internationals against West Indies. India now holds a 2-1 lead over the Windies in the ongoing five-match series, and they will be playing their final match of the series in Florida on August 6. The last Twenty20 match will take place in Florida on August 7 and nowhere else. The all-rounder for Team India, Hardik Pandya, found some time before departing for the United States to pay a visit to the home of his closest buddy, Kieron Pollard, who is based in Trinidad and Tobago. Keep in mind that teams no longer reside in bio-secure environments and that they are free to travel wherever they wish to go as long as they take the necessary precautions. Hardik paid a visit to Pollard’s home and took a number of beautiful photographs with the rest of his family.

Hardik could be seen standing next to Pollard, his wife, and their three children in one of the images that he uploaded to his various social media accounts. He penned the following:

“No trip to the Caribbean is complete without a visit to the King’s home. Polly my favourite and your beautiful family, thank you for hosting me my brother.”

Although Hardik may not have had a particularly successful series thus far against the West Indies, one positive thing that has transpired is that he has been bowling four overs in each of the games. This is a good sign because back ailments have prevented him from bowling, and India’s performance at the Twenty20 World Cup a year ago was negatively impacted due to an imbalance in the playing XI. Keeping in mind the Twenty20 World Cup in 2022, his four-over periods have the potential to make a significant impact on India’s performance in the tournament.

“I have always enjoyed bowling whenever I was bowling. That was the reason I had felt I should take some time off so that my bowling comes in. I have realised that when I bowl it gives a lot of balance to the side, it gives a lot of confidence to the captain,” Hardik Pandya said after India’s seven-wicket win at Warner Park in Basseterre.