In the ODI format, Team India has performed admirably, winning each of their last five matches in 2023. Shubman Gill and Mohammed Siraj have been phenomenal for India, who are aiming to sweep New Zealand and have already secured a series victory.

The Kiwis, on the other hand, have shown signs of their potential throughout this series, falling short at crucial points. With senior bowlers Mitchell Santner and Lockie Ferguson in charge, New Zealand will hope for an improved bowling performance despite their formidable batting lineup.

An entertaining match awaits in Indore, with both teams hoping to carry some momentum into the T20I series.

India appeared to be in control of the ODI series, with the exception of a phase in which Mitchell Santner and Michael Bracewell batted superbly. It is anticipated that the hosts will win the third game to win the series 3-0.

The Holkar Cricket Stadium’s surface is suitable for batsmen, as evidenced by the average first-innings score of 319 in the previous three ODIs. Only five wickets were lost in the final six powerplay innings, so there is not much help available early on.

In recent times, spin has dominated at the Holkar Stadium, taking 20 wickets in the last three ODIs. After winning the toss, chasing would be the best choice because dew is likely to play a role.

At this moment, there is no possibility of rain. By the time the game is over, the temperature could fall as low as 18 degrees Celsius. 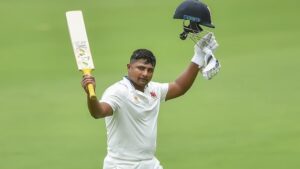 “Met selectors, after a century, in the Ranji final. Chetan Sharma inquired of me: The shocking “Bangladesh” revelation made by Sarfaraz Khan 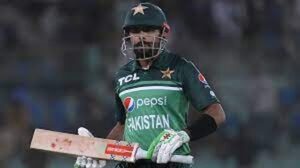