I-League Winners List of all Season and Prize Money Details 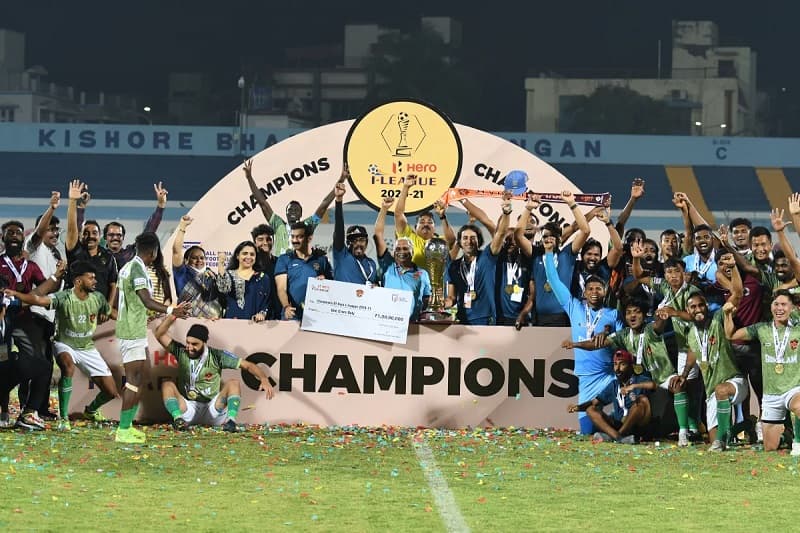 I-League is India’s Professional Football Premier League. Whereas I-League Founded in the year 2007. It is annually played in India. The Latest Edition of the I-League Played in 2020-21. Whereas the Upcoming Season of I-League will Kick-Off Very Soon. All the updated details Related to I-League Upcoming season will be available here. So Stay tuned with us to catch the latest Information and Check out I-League Winners List 2007 to 2021, Prize Money.

The Main Aim of the I-League is to provide Talented players for Indian National Team. To Promotes football in India, I-League was the first-ever India’s Professional Football League. Whereas the previous season of I-League Played at Four Different Venues. Three Venues in Kolkataka and One in West Bengal. All the matches played behind closed doors. The I-League Features Indian as well as Foreign Players. Minimum Three and Maximum Four Foreign Players allowed in each team.

The Inaugural Season of I-League started with 10 Teams. While currently, the league features 11 Teams. In the Previous Seasons, Gokulam Kerala wins the final Match and win 1st Major I-League Title. On the other hand, Churchill Brothers kept dominance t the start of the Championship with 11 unbeaten Games. But after that Gokulam Kerala Played well and reached the finals of I-League 2020-21. They Defeated TRAU by a big margin of 4-1 and also get qualifications for AFC Cup.

Dempo is the most succesful club in I-League History. They win the inaugural season of I-League. Also win I-League Trohphy for Three Times in the year 2007-08, 2009-10, 2011-12. While Mohun Bagan, Chruchill Brothers, and Bengaluru successfully win I-League Thrphy for Two Times. Ranti Martins Nigerian Footballer is the top Goal Scorer of Hero I-League.

In I-League 2019-20 Season, Mohun Bagan announced as the champions of the Tournament. Because of the Covid-19 Pandemci Remaining matches of the I-League cancelled. Mohun Bagan standing at top of the table so the Administrator announces Mohujn Bafgan as the Winner. Indian football fans can catch the live telecast of Hero I-League on 1Sports TV Channel. So Check it out Below the Complet Winners List of I-League of all Seasons.