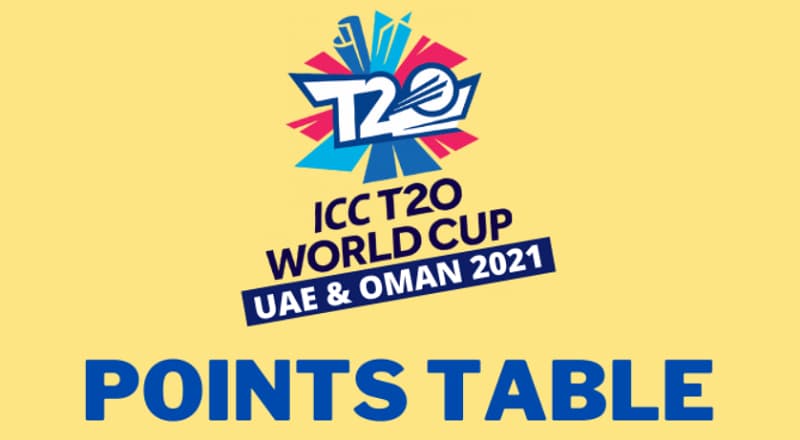 UAE and Oman are hosting the matches for the league in 2021. Check out more details about the ICC Men’s T20 World Cup 2021 points table standing rules and more information here on this page.

In preliminary rounds, 8 teams were divided into a group of 2 and each group had 4 teams. The top two teams from both groups will be going to the league stage.

Teams in the top two positions enter the Knock-stage and there will be 2 semi-finals matches. Later finals will be taking place where the winners for the tournament are declared.

For winning every match team gets 2 points on the points table and the losing team gets 0 points.