ICC T20 world cup: Top 5 claimant teams of this tournament at a glance 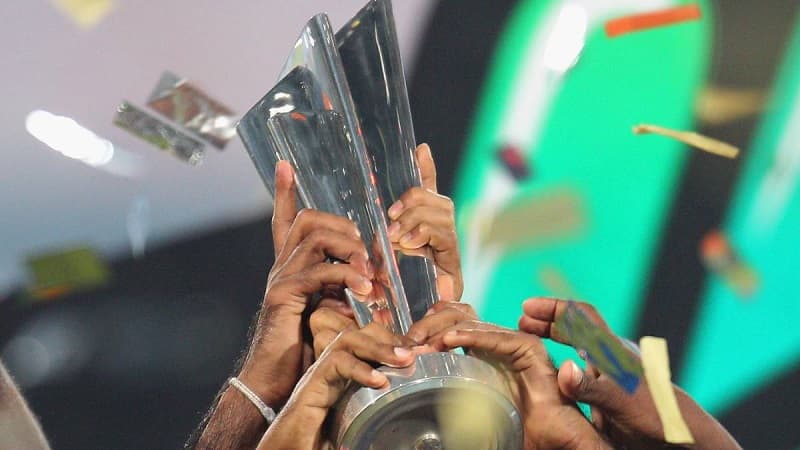 ICC T20 world cup is about to begin on 17 October. This tournament is being hosted by UAE this time. The tournament was previously scheduled for 2020 but due to the outbreak of the Covid-19 pandemic, it is rescheduled this year. All the cricket fans got filled with immense excitement after ICC announced the teams and schedule of this marquee tournament. There is a total of 16 teams who are here to lift this trophy. There is a total of 2 groups and the most exciting thing is that India and Pakistan are in the same pool. it makes fans more electrified that India will start its campaign with a great match against Pakistan on 24 October, so let’s have a peek at squads of players from all the teams.

In the last tours against the west indies and Bangladesh, many players of the Australian team were missing, but for the upcoming ICC T20 world cup, all those players are returning for this tournament which is going to be held in the United Arab Emirates. The Australian team is happy with the comeback of their wicketkeeper Josh English. apart from all these things Dan Christian, Nathan Ellis, Daniel Samus are reserved players of this team.

Afghanistan is a team that has shocked the world with meticulous performance in the last world cup. They made a great improvement in their batting and bowling tactics and they have one of the best bowling line up. Nowadays they are under great mental pressure but we are well aware that they know how to deal with this situation.

Rashid Khan withdraw his name from the post of captaincy after the day Afghanistan announced the ICC T20 world cup squad. After this shocking decision, the cricket board of the Afghan team decided to make veteran and experienced all-rounder player Mohammad Nabi as captain of the Afghanistan team. Apart from all these things, Fareed Ahmed and Afsar Zazai are the reserved players of this team.

England is one of the strongest teams but in a test match, it loses its match from India, apart from all these things Liam Livingston may be a game-changer in the upcoming series, Tymal Mills has been recording by the England Cricket board after a long duration of four years since last T20 world cup.

The shocking news is that one of the best all-rounders in the world Ben stokes is not in the 15 man party because of his break from the game due to mental health reasons. Jofra Archer who has shocked the world with his dynamic performance for the last few years is also not included in this squad due to his previous injuries. Tom Curran, James Vince, and Liam Dawson are the reserved players on the team.

West Indies is one of the strongest teams in this upcoming tournament that has a great possibility to claim the ICC T20 world cup trophy. The former winner of this prestigious tournament would try their level best to defend their trophy.

It is well known that the West Indies have some of the world’s best T20 batsmen. Nearly a decade after winning the T20 World Cup in Sri Lanka, pacer Ravi Rampaul has been selected in the 15-man West Indies squad for the tournament. At the same time, the team includes big names like Chris Gayle, Dwayne Bravo, and Andre Russell and there are big contenders to win the World Cup.

India is one of the favorite teams in this ICC T20 world cup, recently Indian team has won a test match against England and in this T20 world cup the team of India is the same as in England tour, only R Ashwin is a new player in this tournament, Four years after he was dropped from India’s T20I set-up, R Ashwin has returned to the 15-man squad for the T20 World Cup. In yet another surprising decision, the BCCI has specially roped in former captain MS Dhoni as the team mentor for this tournament.

Shreyas Iyer, Deepak Chahar, and Shardul Thakur are the reserved players of the team, Kuldeep Yadav is not included in this tournament. The most remarkable thing is that Indian players are well aware of the playing condition in UAE.

ICC T20 world cup: only by following these rules fans are able to watch T20 final in the stadium