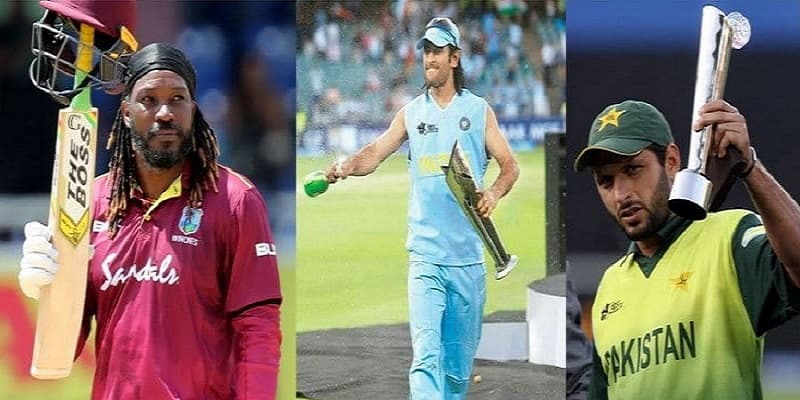 ICC Men’s T20 World Cup is the international championship of T20 cricket, the game is one of the most popular and famous games, At present, the World Cup consists of 16 teams whereas compromising the top ten teams from the ranking at the given deadline and remaining six teams chosen through T20 World Cup Qualifier. So check out below ICC T20 World Cup Winners List, Runner-ups, and Host 2007 to 2022.

The event has generally been held every two years, the upcoming tournament was going to take place in 2020 in Australia but due to Covid, the match has been postponed to 2021.

Currently, according to the latest reports, the seventh ICC Men’s T20 world cup tournament is going to be held in India for the very first time from October to November 2021. So here is the complete list of ICC t20 world cup winners list Year Wise.

India was having a very young squad where M.S Dhoni was a captain and whereas Sachin Tendulkar and Sourav Ganguly were on rest. The match was between India and Pakistan where India won by 5 runs and the tournament was held in South Africa.

The teams were divided into 4 groups of 3 teams each, where India won against Pakistan and they made their way to semi finale beating South Africa and England. India has beaten Australia in semi finale and by beating Pakistan in the Final they were the winner of the first T20.

The match was host in England and it was between Pakistan and Sri Lanka where Pakistan won by 8 wickets. Pakistan was having very strong team members as they first bowled out Kumar Sangakkara. Pakistan made it to their final and added their name as the second name on the T20 World Cup Winner List.

England won the match against Australia, they won by 7 wickets the match was host in West Indies Country. The team met at the final, Coming up to India they wouldn’t reach the semi finale whereas Suresh Raina got a hundred during the group stage against South Africa.

Finally, in 2012 West Indies go their hand in the T20 World Cup winner list, West Indies won by 36 runs by Sri Lanka the game was host at Sri Lanka. Sri Lanka doesn’t have a good start in starting whereas it gave the opportunity to the opponent team.

It was the very first time were the ICC Participants were increased from 12 to 16, The opposite team of Sr Lanka was India and they were playing in front of Bangladesh. India was playing the T20 final for the second time However Sri Lanka manage to enter their name in the list of the T20 World Cup and they became the fifth one to do so, Also Sri Lanka won by 6 wickets from India.

In 2016 for the first time, India hosted T20 World Cup and once again it was 16 team tournament, West Indies won semi finale against India the match was against England and they both were playing for their second final and however with some sort of miracle West Indies won by 4 wickets and they were having the second title of T20 World Cup.

The Australian team was the winner while New Zealand was the runner-up Team. The winning team was received $1,600,000, check the table for the more details.