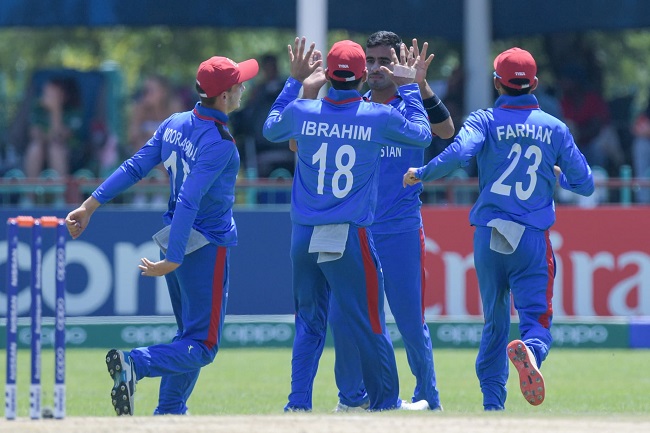 The ICC Under-19 World Cup is starting from January 14 and this tournament is to be played in the West Indies. where all teams start their practice match.

However, there is also a team whose participation in the ICC Under-19 World Cup is finding it very difficult. It is possible that this team will be deprived of playing in the tournament.

That team is no one other than Afghanistan, after the Taliban started their rule on Afghanistan they close women’s cricket of their nation.

The Afghanistan Cricket Team is finding it difficult to play in the ICC Under-19 World Cup Afghan players have not yet taken visas to participate World Cup tournament.

Right now Afghanistan team has not to reach West Indies. As a result, the ICC had to cancel Afghanistan’s warm-up matches.

Let us inform you that Afghanistan has to play warm-up matches against England and UAE.

On this matter, the ICC issued a statement saying,

“The Afghanistan team has not yet reached the West Indies and they have not even taken their visa yet. Efforts are being made to find a solution for this.

“Almost people need a US transit visa to visit the West Indies, but international travel has become difficult since the Taliban took control of Afghanistan. We have reschedule the practice matches so that the teams can prepare for themselves.”

In the Under-19 World Cup tournament, the Afghanistan cricket team has to play against Zimbabwe on January 16, against Papua New Guinea on January 18, and against Pakistan on January 20.

Afghanistan cricket team is in Group-C in this tournament.