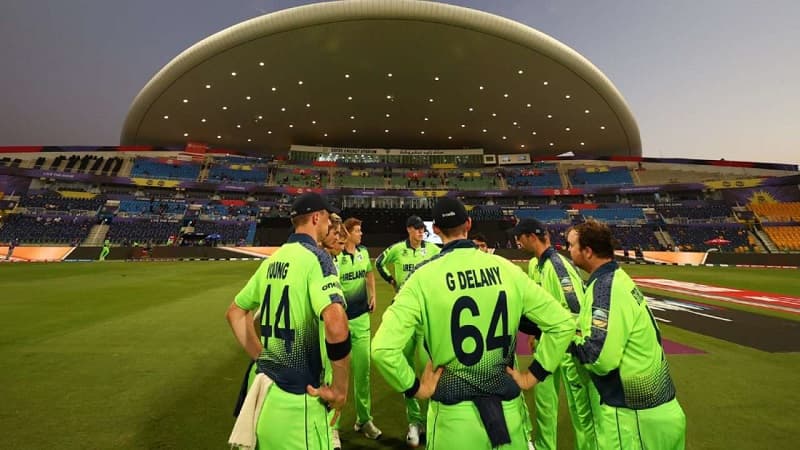 Both the team are all set for their today’s match which is between Namibia and Ireland on 22nd Oct 2021 at 3:30 PM IST and 2:00 PM Local Time at Sharjah Cricket Stadium, Sharjah. Check ICC T20 World Cup 2021 Match Details: Namibia Vs Ireland 11th Match, Group A Where To Watch, TV Coverage, Playing Squad, Prediction, And More.

Namibia and Ireland have one win and one lose, also the winning team will move forward in the match. Which is a good opportunity for both the team to give their best.

You can catch the live telecast on the Star Sports network. So now let us check out the complete details about ICC World Cup 2021 Match Details: Namibia Vs Ireland, 11th Match, Group A Where To Watch, TV Coverage, Playing Squad, Prediction, And More.

Both the team have an equal win and lose as mentioned in above details and now they are set for their today’s match to clash with each other.

Namibia and Ireland have a strong team but as compared to Namibia, Ireland has a strong player with strong skills and experience. So it is expected that today’s match will be won by the Ireland team.

The exciting news for all the cricket fans is that now they can sit and enjoy their live matches on some channel which will be mentioned in the below table.

Whereas to all the Indian fans, they can the live coverage from India on the Star Sports network and live coverage on the Disney+Hotstar app.

The other good news is if your quite busy you can also catch the live score or commentary on the following apps or website like- 1. Fantasy App 2. sportsunfold.com 3. Dream 11 cricket