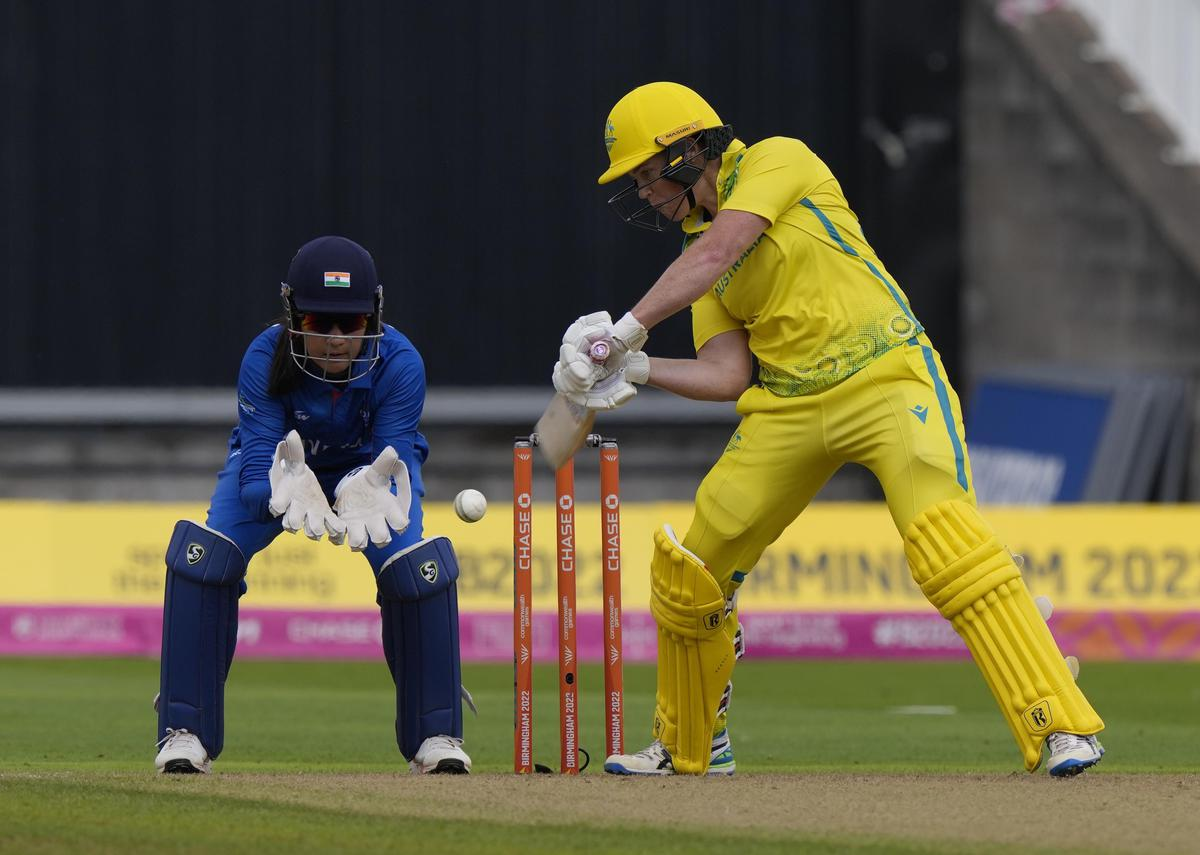 IND vs AUS Highlights, Commonwealth Games 2022: India’s bowler Renuka Singh had a fantastic spell, but it wasn’t enough to prevent Australia from winning the match.

They came back off the edge of defeat to pull off a victory by three wickets in the opening match of Group A at the Commonwealth Games on Friday.

India could have finished the job when Australia was down and out at 49 for 5, but instead, they let Ashleigh Gardner (52 not out off 35 balls) upset the game by putting together two game-changing partnerships of 51 and 47 with Grace Harris (37) and Alana King (18 not out), respectively.

In the end, Australia demonstrated why they are the current T20 and ODI world champions by easily surpassing the objective and demonstrating why they can win from any given position.

The counterattacking innings played by Gardner is the one that stands out in people’s memories because she played with the tail to knock off runs.

Renuka, who was bowling at a blistering pace during the Powerplay overs, turned in an outstanding performance.

In order to make the game more intriguing, she got rid of the dangerous Alyssa Healy in the first over. After that, she got rid of Beth Mooney and the Australian skipper Meg Lanning.

It was a crisp inswinger that resulted in the collapse of the aggressive Tahlia McGrath, which brought India’s score to 34 for four and gave them a commanding lead over their favoured competitors.

Debutant slow medium When Gardner and King dispatched Meghna Singh on a leather hunt, she was a pedestrian at the rear end of the process. Earlier.

The Edgbaston crowd was kept delighted by the stroke-filled innings played by Shafali Verma (48 off 33) and by skipper Harmanpreet Kaur (52 off 34), but the other batters were less than impressive.

Hooda congratulates players for winning medals for India in…

The opening ball of the competition, which saw Smriti Mandhana facing off against bowler Darcie Brown, marked the beginning of a key juncture in women’s cricket since the sport is trying to reach the Olympics via the CWG route.

However, in the final five overs, the team led by Harmanpreet was unable to get their bearings, and as a result, they lost five wickets while only scoring 39 runs.

During her brief tenure, Smriti displayed some graceful shots, but it was Shafali and Harmanpreet who ultimately seized the offensive against the Australian bowlers.

Shafali hammered Darcie for three fours in a row in the 10th over, which caused the other team’s alarm bells to start ringing. With a little bit of luck, Shafali was able to do this.

Harmanpreet started her offence with a paddle sweep off of Ashleigh Gardner, who was a spinner and continued to focus on the spinners as she normally does. Her only six of the innings came in the 20th over when she stepped out to hit Jess Jonassen long on before a sweep brought her sixth 50 in T20 Internationals. Prior to that, she had been bowling.

India’s chances of putting up a big total were damaged by the lack of support from the other end, and the lower middle order didn’t contribute much to the scoring either.

An encouraging beginning for the women’s cricket programme

Having said that, on a warm Friday afternoon, the game was focused much more on numbers and statistics than it was on strategy. Although the game did not involve the hosts England, there were long lines as excited fans made their way inside the Edgbaston Stadium before the game began. The stadium has a capacity of 25,000 people.

Even though the stadium was only about half filled, it nevertheless made a significant amount of noise with each boundary that the Indians’ bat produced.

“We are huge fans of cricket, whether it be played by men or women. I came here earlier this month to watch the Indian men’s squad, and the ticket cost me one hundred and forty pounds. The total came to approximately 22 pounds,” said Birmingham resident Paramjeet.

Even those who did not follow cricket become a part of the annals of time. “This is only my second game ever played in a live setting.”

“Four years ago, I went to Antigua to watch a men’s game, and now I’m watching this. I am currently in the middle of a four-day journey from Surrey and plan to see as many sporting events as I possibly can.”

The environment seems to be in wonderful shape today “uttered Linda Casey as she approached the entrance to the Stadium.”

Read More: India vs Australia Full Schedule is of this type they play T20 and ODI series