India Cricketers to Watch Out for in New Zealand T20Is 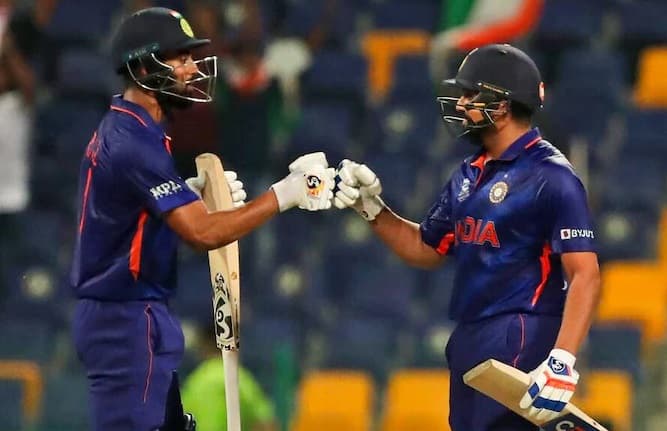 Just after the T20 World Cup final, New Zealand is in action all over again. The T20 International series between New Zealand and India is going to be a treat to watch for Indian fans. A total of 3 T20 Internationals will be played between the two arch-rivals. Most of the cricket betting sites are predicting that India will whitewash New Zealand and win the series 3-0. But, only time will tell if India will be able to take the revenge of ICC Test Championship trophy finals and the early exit from the T20 World Cup due to New Zealand’s strong performance.

New Zealand ended up as the runners-up after they suffered a defeat of 8 wickets at the hands of Australia in the T20 World Cup. But India was out of the tournament in the first leg itself. So, India might be ready for a new challenge.

Some of the senior players are rested for the home series. This has created some opportunities for some new players to showcase their skills and talent. They can draw the attention of the selectors to make their place in the T20 World Cup that is to be played next year.

The New Zealand tournament will be the first one India plays after Virat Kohli retired from T20 captaincy. Along with Kohli, some other player’s such as Ravindra Jadeja, Mohammed Shami, and Jasprit Bhumrah has been given a well-deserved break.

Rohit Sharma is the new T20 captain for the Indian team. It is expected that he will leave behind some memories. With Team India, preparing to start a new chapter under the leadership of Rohit Sharma and the guidance of Rahul Dravid, we are going to name a few Indian players to look for in the New Zealand T20 Tournament.

So, let’s find the two top Indian cricketers to watch out for in the series.

Rohit Sharma is a skilled player and is one of the top 3 run-getters in the shortest formats of the game only behind Virat Kohli and Martin Guptill. He has scored four 100s in the T20s and 24 fifties. Rohit has hit 140 sixes in the T20s. In fact, he is the only Indian batter to have scored more than 100 sixes in this T20 format.

Apart from being the Indian opener, he is also the highest run-getter against New Zealand in the T20s. His average score is 29.33, while his strike rate is 136. Only recently in the T20 World Cup, he scored 174 runs in five innings. As Kohli is not here as the captain after his decision to step down as the captain after the T20 World Cup, Rohit, the new skipper will look to start his own reign with this short series. Everyone knows when Rohit Sharma is in form, he destroys the bowling line of the other team.

KL Rahul, the T20 Vice-Captain in-form batsman for India will go into the series. He has scored three 50s in the previous three T20s in the T20 World Cup tournament. KL Rahul is the top scorer with 194 runs in 5 matches with an average of 48.50. His record against New Zealand is also quite good. Rahul has a strike rate of 242 runs against them and an average score of 48.40. He has scored 1751 runs in 54 T20 matches. In fact, he has recorded the runs at a quick pace.

It looks like India’s batting is largely going to depend on Rahul’s performance. When he gets going, he is unstoppable with his big hits. He has the ability to clear the ground easily and plays fast pacers extremely well. Most of the time, when KL Rahul scores a fifty, India wins the match because of the good start he gives to the team.

Now, it is left to be seen how team India performs against New Zealand following a disappointing tournament at UAE T20 World Cup. Will Rohit Sharma and Lokesh Rahul provide an opening partnership India needs? Well, all Indian fans will be hoping for both of them to get all guns blazing against the New Zealand bowlers and entertain fans with boundaries and sixes.