India vs New Zealand 2021: Shreyas Iyer and Ravindra Jadeja took over the team with a century partnership 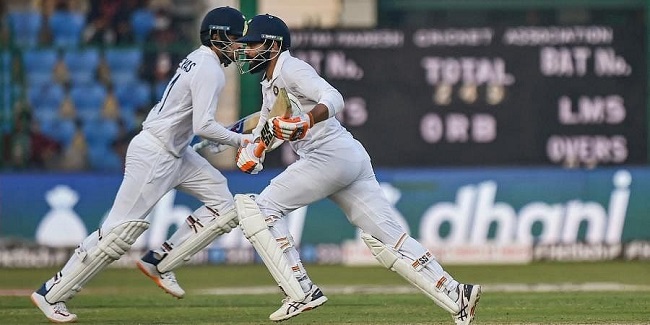 India has reached a strong position in the first Test. At the end of the first day’s play, the team had scored 258 for 4 wickets.

Ravindra Jadeja and Shreyas Iyer handle the team with great batting performance. At the end of the first-day match, Team India has scored 258 runs for 4 wickets.

Both the batsmen have added 113 not out for the 5th wicket so far. Team India had a 3-0 clean sweep in the T20 series.

In the India Vs New Zealand match captain, Ajinkya Rahane won the toss. He decided to bat first. Iyer is making his Test debut from the match.

He is still playing after scoring 75 runs. Apart from this, Jadeja and Shubman Gill score half-centuries. Before the Test series.

Mayank was looking uncomfortable from the beginning. He was dismissed by fast bowler Kyle Jamieson. After this, Cheteshwar Pujara made a half-century partnership with Gill.

Team India batting performance is not up to marks

In the ongoing series of India Vs New Zealand matches when team India loss its four-wicket then Indian cricket fans think that it will fall down easily.

Captain Ajinkya Rahane was dismissed after scoring 35 runs. He played 63 balls and hit 6 fours. He was bowled by Jameson.

Shubman Gill was dismissed after scoring 52 runs off 93 balls. He was bowled by Jameson.