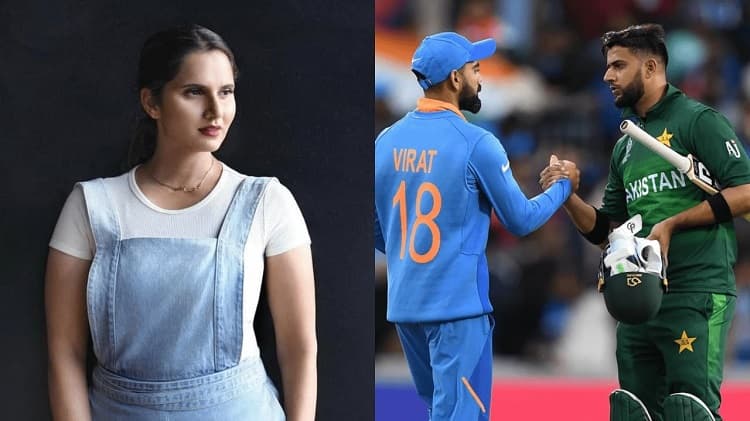 India vs Pakistan will be taking place on October 24, 2021. It is going to be the 16th match of ICC Men’s T20 World Cup 2021. Dubai will be hosting the fixture for the World Cup. Check India Vs Pakistan: Sania Mirza.

Sania Mirza is a popular Tennis player with various medal records from India. However, the player became a matter of troll after she married Pakistani cricketer Shoaib Mallik.

She often gets trolled for her marriage with a Pakistani cricket player. Recently, she posts reels where she says she will be disappearing on the matchday.

The player posts a reel on her official social media Instagram handle. The reels have content that states, “Me disappearing from social media and toxicity on India vs Pakistan match day”.

Sania posts this reel on his Instagram and she decides to take a break from social media on the match day. She feels it to be too toxic on the day of the match. She is one of the top tennis players from India and she will be taking a break on October 24, 2021.

Sania gets hatred and trolled for her marriage since the start as she married a Pakistani cricket player Shoaib Mallik.

On the other hand, she also got many replies one of which is of former Indian cricketer Yuvraj Singh. He agrees to her decision of going off social media and posting “Good Idea”.

He comments by saying “Good Idea” to the player agreeing to her decision of going off social media.

It will be yet another tournament between India and Pakistan rolling out on October 24, 2021. The match will be taking place in Dubai where it is going to be the 16th match of the league.

For more latest updates about the sports world and T20 World Cup stay tuned with us..!!!