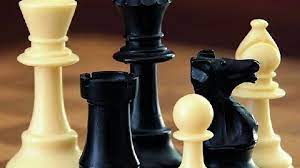 An important member of the All India Chess Federation (AICF) announced on Monday that India will host the coveted FIDE Women’s Grand Prix early in the next year.

The AICF President, Dr. Sanjay Kapoor, informed IANS that an additional chess event at the Asian level will take place in India the following year.

The FIDE Women Grand Prix will be held in March 2023, and a tournament on the Asian calendar would take place later that year, he announced.

Delhi is anticipated to host the event.

After the Chess Olympiad, which took place in Chennai this year, this will be the second significant international tournament to be hosted in India.

Four events make up the FIDE Women’s Grand Prix Tournament, which will take place throughout the years 2022–2023.

There will be 16 players competing in the Women’s Grand Prix Series from 2022 to 2023, and each one will take part in three of the four tournaments.

The entire prize pool for each of the four competitions is Rs 80,000, with an additional Rs 80,000 going to the top 8 finishers in the Grand Prix series standings.

The two players who accumulate the most points in the WGP series are eligible for the FIDE Women Candidates Tournament from 2023 to 2024.

The tournament series is now in its sixth iteration. Due to her studies at Oxford University, the top female player and winner of the first three Grand Prix competitions, Hou Yifan, was unable to compete.

Zinedine Zidane is being approached by Brazil