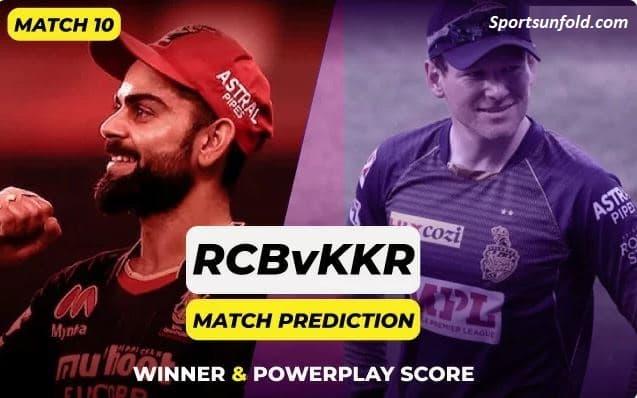 Total 60 Matches will be played between 9th April to 30th May 2021. All the Matches are scheduled to 6 different venues in India. So the Venues are Chennai, Mumbai, Ahmedabad, Delhi, Bengaluru, and Kolkata. Indian Premier League is one of the Most Popular and Valuable Cricket League in the Wolrd.

RCB started this season by winning two out of two matches. So this is a good sign for them. While KKR wins 1 Match. Also, they lost 1 match by a very close margin. The match was almost in KKR Favour but the team did not finish well and Lost the match to MI. So it will be an excitement to see if RCB makes winning hattrick or not.

Indian Captain Virat Kohli is the captain of Royal Challengers Banglore. The Intent showed by RCB Players is Great. Whereas this time team is expecting more. So Kolkata Knight Riders will have a tough match against RCB. If RCB Batsman played well then they will win the 10th Match of the Indian Premier League 2021.

Cricket Fans From all over the World Can catch the Live Digital TV of IPL. Star Sports will Broadcast the Telecast in India. While Hotstar will provide you with a Store of IPL. The telecast will available in various Countries. So the complete list of TV Channels is available on our Website. Check out below the Probable XI of RCB and KKR for the 10th Match: