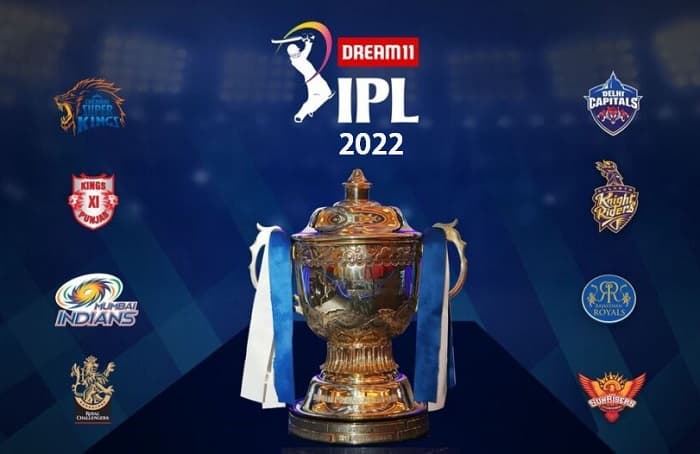 Royal Challengers Bangalore faced Mumbai Indians in the very first match of IPL 2022. Whereas the Indian Premier League completed its 31 Matches Till Now. But Covid-19 Outbreak in India is increased day by day. So BCCI decides to shift the entire IPL to only one venue in Mumbai. On May 4th BCCI announce that the remaining matches of IPL are Suspended indefinitely. For further updates related to IPL 2022 Stay tuned with us.

Host Country and Venues for IPL 2022

Narendra Modi Stadium, Ahmedabad set to host the Final Match of Indian Premier League 2022. Mumbai Indians and Delhi Capitals played the final match of IPL 2020 in UAE. Delhi Capital successfully reached the finals of IPL for the 1st Time in 13 Seasons. But Mumbai Indians Defeated them in the finals and win IPL Title. Currently, BCCCI is planning to host the IPL at one venue or shifted to UAE, the updates will be soon announced by the officials.

New Teams and Schedule for IPL 2022

Eight Teams based on 8 different Cities in India will feature in IPL 2022. Each team will face each other twice in the tournament. In the Points Table Standings, the top four teams will qualify for the Playoffs. Mumbai Indians is the most successful team in IPL. They win most 5 IPL Titles in Just 13 Seasons. Whereas the goods news for cricket fans that from next season there will be 10 teams in the Indian Premier League.